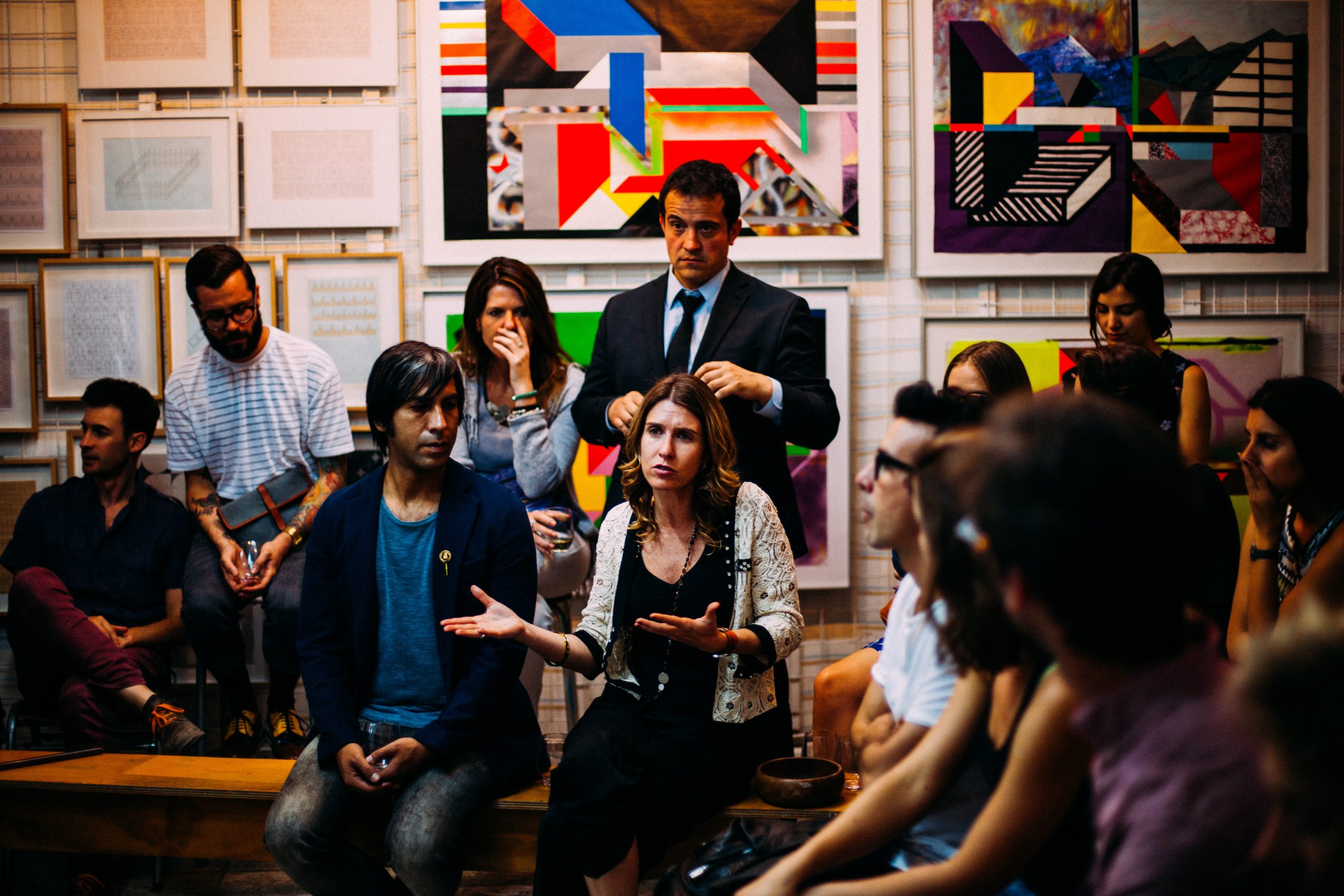 The Textile Exchange just celebrated its 20th anniversary—and did so at an exhilarating conference and trade expo in Colourado Springs. More than 1,000 people attended, including some of the most important global brands and retailers.

Besides celebrating the organization’s success as a change agent, companies participated in various panels with presentations focused on sustainability, circularity and traceability.

Speakers across the spectrum of industry organisations, from cotton to retail, shared ideas and presented new concepts. In addition, seminars and a supporting trade show treated participants to some of the latest developments in sustainable fibres and textiles.

A new NGO or environmental start-up is announced almost every day, so it seems. Sustainable production is beneficial for an industry with a sketchy record of environmental stewardship. NGOs like Textile Exchange help the industry to reach for a more climate-friendly and sustainable future.

They need to. When we consider the intricate, global supply chains underpinning the garment business, carbon emissions, for example, are staggering. And this is before other forms of environmental pollution the industry emits are considered.

So, there’s a context worth exploring when celebrating the work of organisations such as Textile Exchange and why environmental organisations have seemingly popped up all over the industry. After all, these groups exist for a reason.

Let’s begin with yesterday. Our industry is a significant beneficiary of globalisation. When obstacles to trade—like quotas and tariffs—were removed or reduced by global rules established with the founding of the World Trade Organisation (WTO), all bets were off. Brands and retailers, faced with sluggish sales fled offshore in search of cheaper, more efficient sources of supply, unencumbered by strict environmental and labour regulations.

And these companies prospered as a result. Costs were lowered, and global production soared. Consequently, bottom lines fattened, facilitating a boom in international trade, increased employment in developing countries, and an enormous increase in the quantity and variety of products for product-hungry consumers. It was a time to marvel at the economic benefits of free trade.

But with expanded trade came unforeseen costs. As the industry’s reach expanded into more and more developing countries in its ongoing quest to secure new low-cost sources of supply, by-products of the activity accumulated. Over time, growing environmental harm, human rights abuses, and global economic inequality swamped the planet and challenged society.

A Legacy for Today

So welcome to today. Our industry is mired in environmental and human rights violations. Additionally, business functions face significant challenges. For example, overextended, fragile supply chains buckled during the pandemic—much to the horror of sourcing executives and business leaders. And along with that came the realisation that the industry was undergoing rapid change.

Further, sustainability has become more essential than ever. When the traditional garment business left the U.S., for instance, in the 1980s and 90s, brands decoupled from their manufacturing. In many cases, brands were vertical; they owned their sources of supply. However, in the wisdom of the times, the concept of a brand commanded the most value, not manufacturing. Put another way: brand identity mattered more than making stuff.

Indeed, manufacturing was seen as a capital drag on the brand side of these businesses, low-margin operations that sucked resources away from high-margin branding. In turn came the perception that intellectual property represented by branding was worth more than physical production.

In time, however, globalisation created too much of a good thing. Welcome to fast fashion. Sure, product variety at lower prices is today’s norm, but it came at the cost of global pollution and labour abuses. Moreover, in the industry’s rush to capitalise on overseas manufacturing, it needed to assess whether the international business model made sense over the long term. The pandemic may have changed how the industry assesses the efficacy of global sourcing.

Yet, for an industry with a notoriously short attention span, perhaps that’s the point. Planning? Safeguards? Forget it; it costs too much. Besides, who could be bothered? That was until supply chains buckled during the pandemic and the industry’s modus operandi came unhinged.

Textile Exchange Succeeds Because of a Dirty Industry

Questions need to be asked: would a Textile Exchange exist today if the industry hadn’t globalised? Would environmentalists have been so compelled to document the environmental and social failures of the industry? Moreso, brands and retailers have flocked to wrap themselves in NGO climate-friendly messages, secure in the knowledge that they’ll be forgiven for past missteps. That is, of course, if they promised to adopt some vague programme to achieve some environmental goal by some ill-defined year in the future.

Some may say the rules of the EPA in the 1980s and 90s were arduous and unfair to manufacturers, an example of government overreach detrimental to business development. They point out, no wonder many brands fled the scene and opted to source their products from abroad in search of freedom from the strangling effects of overregulation.

However, it was more a case of fleeing to boost profits while lowering the costs of regulations and tapping cheaper sources of labour. Boardrooms loved it, along with Wall Street. Brands not only jettisoned the perceived deadweight of manufacturing operations, unionised labour and overregulation of operations but secured cheaper sources of supply while improving the availability of products.

Costs were lowered, but not really; instead, they were shifted. And our planet holds the tab. Increasingly, brands feel pressure to pay that tab, as consumers, NGOs, governments, and others explain that the grand dinner is over, and the bill needs to be paid.

In short, brands may talk a good game about sustainability—only that they struggle to afford environmental initiatives. So, their messaging ends up being little more than empty marketing.

And that’s the irony of the success of an organisation such as Textile Exchange. Their raison d’être is because the industry fouled the air, poisoned the water, and abused its workers in the name of efficiency—or, more appropriately stated, profits.

Homage should be paid to organisations like Textile Exchange, who work diligently to clean up a dirty industry.

This article is republished from Sourcing Journal under a Creative Commons license. Read the original article.