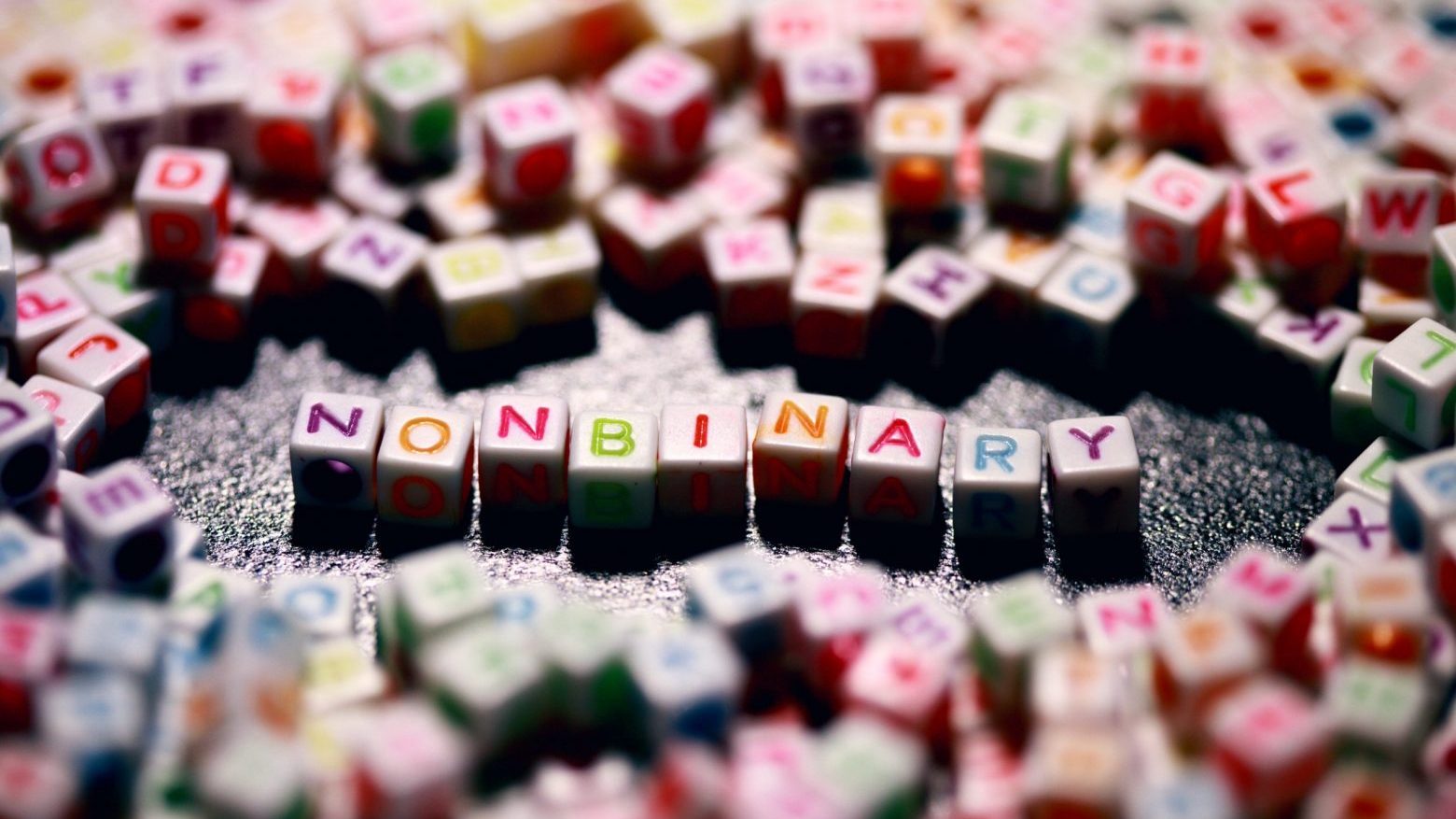 What should you wear to work if you’re nonbinary?

It may not be the most pressing question that gender-nonconforming people face on the job, but with approximately 1.2 million LGBTQ Americans identifying as nonbinary, employers and employees alike are exploring what professional attire can look like.

“I think people treat me with more dignity when I dress more masculinely, but people are way nicer to me when I dress more femininely,” said El Layla Johnson, 33, a former restaurant server who is now a therapist.

“I just feel like there’s a manual or rule book that people receive and that my copy got lost in the mail,” said Johnson, who, like many nonbinary people, uses the pronouns they and them.

Johnson recalled regularly crying while getting dressed for work at an upscale restaurant in Seattle. It wasn’t just that Johnson found the restaurant’s dress code to be ugly (though Johnson did). Johnson had a hard time finding clothes that fit at all.

“I’m 6 feet tall, I’ve always had really big feet and wide shoulders but a small waist and a really big butt,” they said. “And so it is not easy for me to find clothing in the men’s section or the women’s section that fits me well.”

Now, as a therapist who works with LGBTQ patients, Johnson finds that their own agender identity can be an asset. “The fact that I have a rat tail and piercings and tattoos, I actually believe that people might feel more comfortable with me or relate to me more easily,” Johnson said.

Deciding what’s appropriate for work can be fraught for employees of any gender, especially in this post-lockdown-but-still-Zooming “power casual” moment. But many nonbinary people report unique pressures that accompany choosing a work outfit.

For video call sessions, Johnson usually opts for simplicity. “I pick one shirt and I wear it all week and I hang it on the back of my office chair,” they said. “And that is great because it just takes so much of the consideration out of it.”

Other nonbinary people consider their work outfits an opportunity for self-expression. Ginger Copes, 32, works as a digital producer for CBS in Philadelphia. During an onboarding meeting, employees were encouraged to bring their whole selves to work.

“Feeling liberated in the way that you present is just so important because it will also reflect how your mood is, whether you’re dragging yourself to work or you’re showing up as 100% yourself and you love it,” Copes said.

This feeling of liberation does not extend to all aspects of Copes’ life. Fearing violence in their own neighbourhood, Copes changes clothes during their commute home.

Andy Izenson, 34, the senior legal director of the Chosen Family Law Centre in New York City, primarily considers the needs of clients when dressing for work. “My strategy in court is to be as invisible as possible,” they said.

For Izenson, “invisible” usually means a tailored grey men’s suit bought at a thrift store, a steamed white dress shirt and the occasional “fun” floral tie. Izenson settled on this approach after running a sort of gender-based cost-benefit analysis.

“I overshoot in a masculine direction under those circumstances because No. 1, that’s strategic for my client, and No. 2, I can’t predict whether someone’s going to look at me and think that I’m a man or a woman,” Izenson said.

“If they think that I am a woman in a suit, that’s fine, right?” they added. “That’s not weird. That doesn’t make anyone want to punch you.”

Appropriateness Is ‘a Moving Target’

Richard Thompson Ford, a Stanford Law School professor and the author of “Dress Codes: How the Laws of Fashion Made History,” has studied rules and laws related to dress since the Middle Ages.

“Historically, there’s been a really strong norm, both in terms of law and custom, of enforcing a strict division between masculine and feminine attire,” Ford said.

“One of the tricky things is that the norms of gendered dress keep shifting,” he said. “Determining what’s appropriate is always kind of a moving target.” As an example, he cited rules prohibiting women from wearing flapper-style short dresses to work during the 1920s.

“At the time, people said, ‘It’s not feminine, it’s masculine, but also it’s way too sexy,’” Ford added. “But today we’d see that as recognisably feminine.”

In the United States, it is legal for employers to enforce rules related to attire, hygiene and grooming. Title VII of the Civil Rights Act of 1964 has consistently been interpreted to permit different dress codes for men and women, and in 2020, the U.S. Supreme Court ruled that transgender employees were subject to the dress codes of their gender identity, regardless of their sex assigned at birth.

For Wendy Berry, 44, the human relations director at Rainbow Health in Minnesota, there’s an obvious solution to some of the problems nonbinary people face when getting dressed for work.

“Dress codes can just go away,” Berry said. “Grown-ups know how to dress, and anytime when you tell someone what they can and can’t wear, you’re literally just wasting your breath.”

Lauren A. Rothman, the author of “The Style Bible: What to Wear to Work,” disagrees. Rothman is the founder of Styleauteur, a company that advises individuals and companies on work-appropriate attire.

“I am thrilled when clients want to implement or update a dress code,” Rothman said. “But I think that dress code and hygiene standards need to be reset across the board.”

Rothman advises clients to create dress codes that rely on an overall impression rather than specific garments. “At a law firm, what we’re looking for is for your presence to have a trustworthy and executive nature,” she said. “Whether you identify that as being a suit and tie or you identify that as being in belted dress, either works as long as it comes across polished and modern and clean, wrinkle-free. Those would be some of the words I would use in a dress-code guideline.”

For individual nonbinary clients, Rothman maintains a list of retailers like Nordstrom, PacSun and Shein that offer gender-fluid options. Rothman also noted that a flexible return policy is a crucial element to welcoming nonbinary people, especially for retail stores that do not offer gender-neutral fitting rooms.

Rothman, for one, is excited by the “massive shift” she sees happening in professional dress.

“As we all reawaken to what it means to walk into an office, you’ve got to own that office runway,” she said. “You want that sense of confidence and you want to empower and fuel your employees.”

And some nonbinary people are eager to focus less on their outfits and more on their work.

“I used to be that typical bureaucrat: I thought whatever you wore mattered more than what you have to say,” said Ace Sutherland, 28. Sutherland recalls being called out by co-workers in previous jobs for avoiding blazers.

Today, Sutherland is a representative for Equality New York, an LGBTQ advocacy group that welcomes their sweaters and polo shirts. “I want to make sure that people that look up to me, people that I work with, know that I can dress however I want to dress and still have the same conversation that would be necessary at that time,” they said.

This article is republished from The Indian Express under a Creative Commons licence. Read the original article.