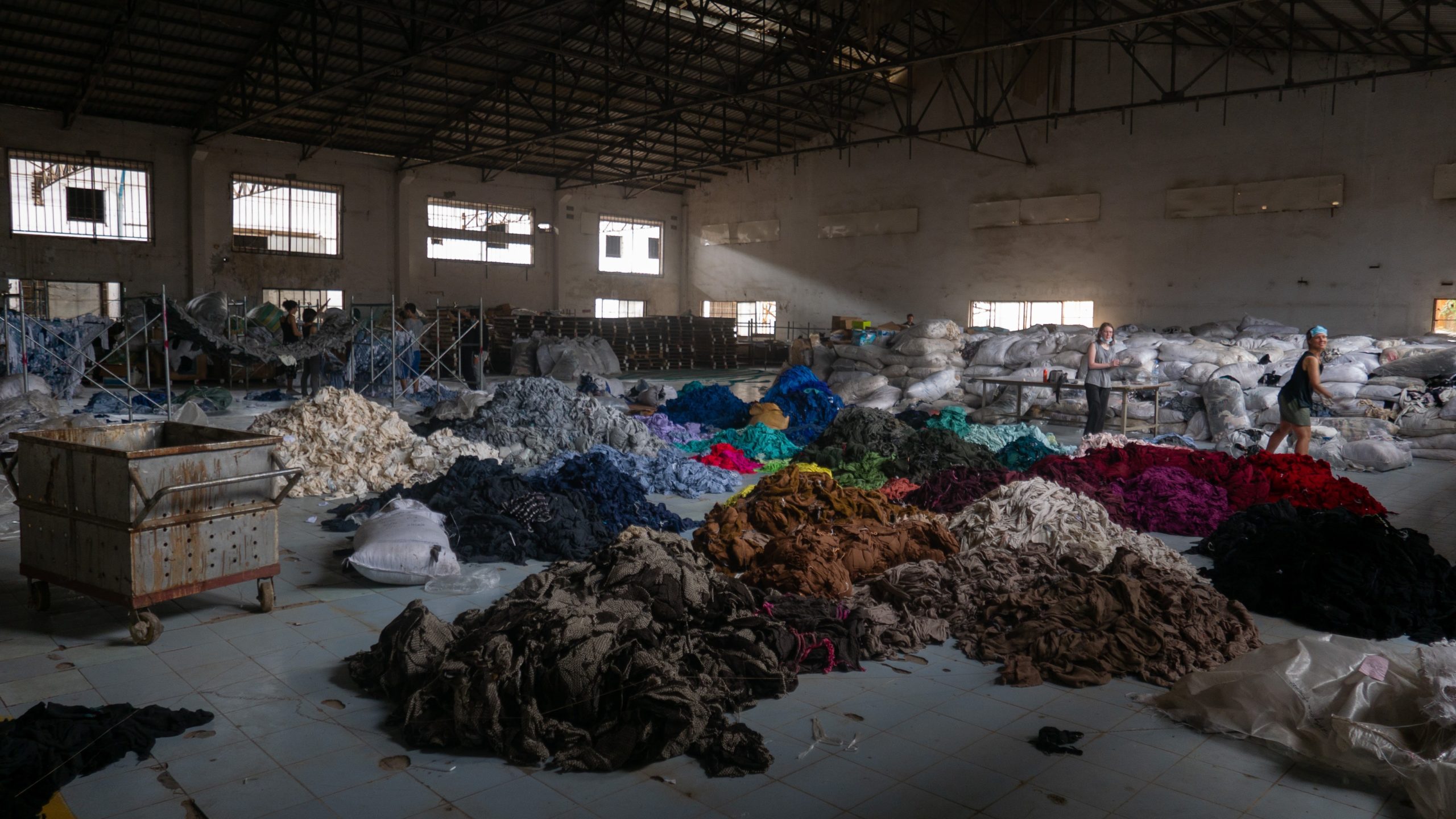 Enviu, Circular Apparel Innovation Factory (CAIF), and IKEA Foundation have partnered to set the ground for building a new circular textile waste model in India that will help recover and reclaim value from textiles waste while unlocking green jobs for the waste workers who are one of the most vulnerable and underserved communities.

The textile and apparel industry creates huge amounts of waste and pollution, like the oil industry. India is one of the world’s largest textile producers and importers of used clothing, but lacks an infrastructure to deal with textile waste, leaving an estimated 4 million informal waste workers trapped in low-income, unreliable jobs. Enviu and CAIF will, together, build capacities and skills amongst these waste workers, and build successful circular enterprises to reclaim value from textile waste.

The IKEA Foundation is funding the initial and seeding phase of the five-year project, which will be implemented as a joint initiative of Enviu and CAIF. The five-year project has taken on the ambitious mission of creating more than 5000 green jobs while saving at least 20 million kilos of textiles waste from ending up in landfills by 2026.

In the first phase of this ambitious program, Enviu and CAIF will be seeking partnerships with manufacturers, brands and innovators to scale and replicate solutions to manage textiles waste; as well as NGO’s and other civil society actors to build skills and capacities amongst the waste workers in India.

Vivek Singh, Head of Portfolio – Employment and Entrepreneurship, IKEA Foundation “The IKEA Foundation has always worked toward supporting people living in underserved communities to afford a better life. There is huge potential in the textile waste sector not only to become more sustainable but also to create better livelihoods for a large number of people at the bottom of the pyramid. We believe that green and circular entrepreneurship in India’s textile waste sector offers an opportunity for vulnerable workers to lift themselves out of poverty while protecting the planet. That’s why we are happy to be part of this initiative.”

Venkat Kotamaraju – Director, CAIF “At CAIF, we are driven by a singular purpose of helping build a planet and people positive textiles and apparel industry and for this, we have set for ourselves an ambitious mission of building the ecosystem and capabilities that will help shift circular economy from the margins to the mainstream. The scale and scope of the problems being addressed by the textiles and apparel industry globally demands an active investment into and setting up of ecosystem models and mechanisms that will make “circularity within reach” and “de-risks the participation” of the value chain stakeholders in a circular economy. This program, in partnership with The IKEA Foundation and Enviu, lays a strong foundation for realizing our vision for zero-leakage of textiles waste into the environment and helping decarbonize the industry’s footprint. More importantly it helps shape the narrative of leaving no one behind on the path towards progress. We are delighted to be partnering with the IKEA Foundation and Enviu on this ambitious program.

Ankie Van Wersch, CEO, Enviu “We believe building impact-driven companies that prove and showcase it is possible is key to achieving a new normal: a textile industry that serves people and planet. Enviu’s top-down impact-driven venture building approach, combined with CAIF’s bottom-up ecosystem building amongst waste workers is a winning combination, maximizing impact. We look at the obstacles to change in the textile industry and fill in the gaps with new ventures, while CAIF starts from the capabilities of the waste workers. The ventures we build create income for the waste workers. I have seen the impact our circular ventures create on families firsthand. They can execute their profession with pride and bring stability to their family.”