Flooding in Pakistan: what repercussions for the textile industry? 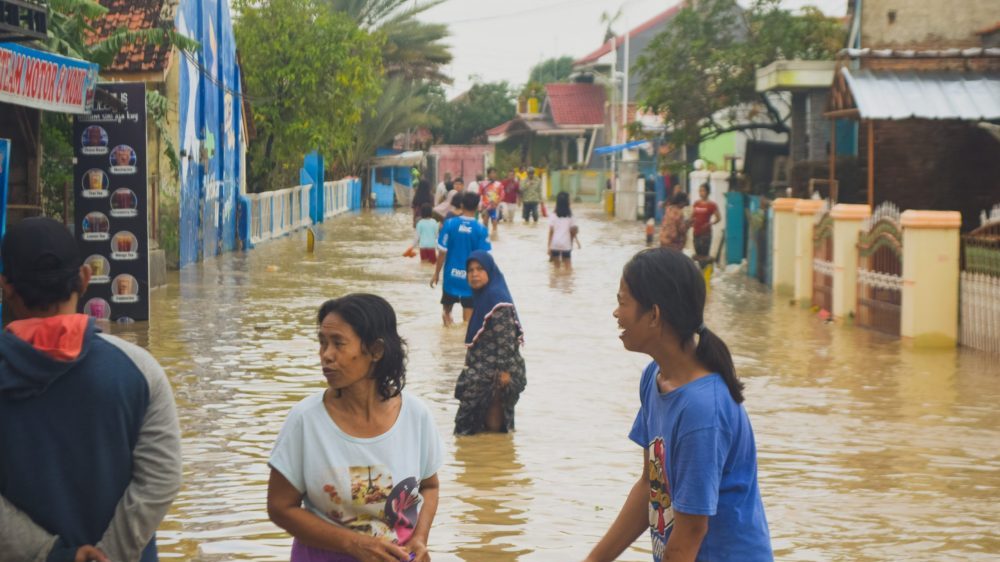 The terrible floods that have ravaged Pakistan for the last three months have, according to official figures, killed more than 1,130 people, destroyed nearly one million homes, and displaced 33 million Pakistanis, forcing them to live on the streets.

Besides the urgent response needed to mitigate this human disaster, one that will have to be dealt with in the long term too, the issue of reconstruction is very much at the forefront. But the adverse weather has severely hit one of the main national economic assets Pakistan could rely on, the textile industry. In addition to being a key apparel supplier for western markets, the Asian country, with a population of 220 million, is also the world’s fifth-largest cotton producer. Now that half of the crops have been destroyed, the issue is what impact there will be on materials availability.

In the eastern provinces of Sindh and Punjab, the authorities have made the situation starkly clear: the entire cotton and sugar cane crops have been ruined.

Pakistani media have estimated that, nationally, €2.6 billion worth of cotton might have been destroyed by the torrential rains that have ravaged cities and countryside alike. Over 45% of the country’s cotton crops are officially deemed to have been swept away by the flooding. A highly critical issue for the Pakistani government, at a time when food shortages will have to be prevented, and preparations made for the disaster’s aftermath.

Accounting for 8.5% of Pakistan’s GDP and 40% of its jobs, the textile and apparel industry is expected to play a central role in the recovery. And it will have to do so without losing its global standing, despite the fact that infrastructure and equipment have been compromised.

In the fiscal year ended in June 2022, Pakistan’s textile and apparel exports posted a 25.5% increase, according to the national statistical office, which valued these exports at €15.4 billion. Last year, Pakistan was the seventh-largest textile and apparel supplier to the USA (with exports worth $4.22 billion), and the fifth-largest supplier to the European Union ($3.34 billion).

The Pakistan Ready-made Garments Manufacturers and Exporters Association (PRGMEA) includes over 500 exporters among its members. Contacted by FashionNetwork.com, PRGMEA has not responded yet. The current issues for textile and apparel buyers are whether Pakistani factory workers have escaped unharmed, and the amount of damage suffered by manufacturing equipment.

But besides an output capacity problem, the Pakistani disaster will soon raise the issue of global raw materials availability and prices.

In the 2021-22 season, Pakistan was the world’s fifth-largest cotton producer, with an output of 1.306 million metric tons. Although the country’s output lagged far behind that of leading producers China (with 5.8 million tons) and India (5.3 million tons), the potential shortfall of all or part of the Pakistani harvest would occur at a delicate juncture for the raw material. Caught between falling output and rising demand, in autumn 2021 the price of cotton soared by 47% on an annual basis, before falling back down to $1.317 per pound in March.

According to estimates by the US Department of Agriculture, in the 2022-23 season, Pakistan was set to be the world’s main cotton importer behind the USA.

Besides being a major cotton producer, Pakistan is in fact also a leading cotton consumer. In order to keep its factories active despite the devastation, the country could therefore be led to boost its cotton imports, resulting in increased competition for the raw material, causing further pressure on prices. The bouts of drought experienced this year by cotton-producing countries could worsen the worst-case scenario.

One that, if it were to materialise, could be quite different from the cotton crisis of 2010-11, which too had been triggered by the situation in Pakistan. Even more than China, India and Brazil, the country’s harvest had been damaged by bad weather in summer 2010. Subsequently, as the USA was dealing with the impact of drought on internally sourced cotton, and China was building up huge cotton stocks, the raw material’s price had risen to $1.7622 per pound on the New York Stock Exchange, the highest since the American Civil War!

At the time, the majority of fashion labels had reacted by turning to synthetic materials. Now that rising fuel prices are combining with record energy and logistics costs, finding an alternative to cotton could be even tougher than before.

This article is republished from Fashion Network under a Creative Commons license. Read the original article.