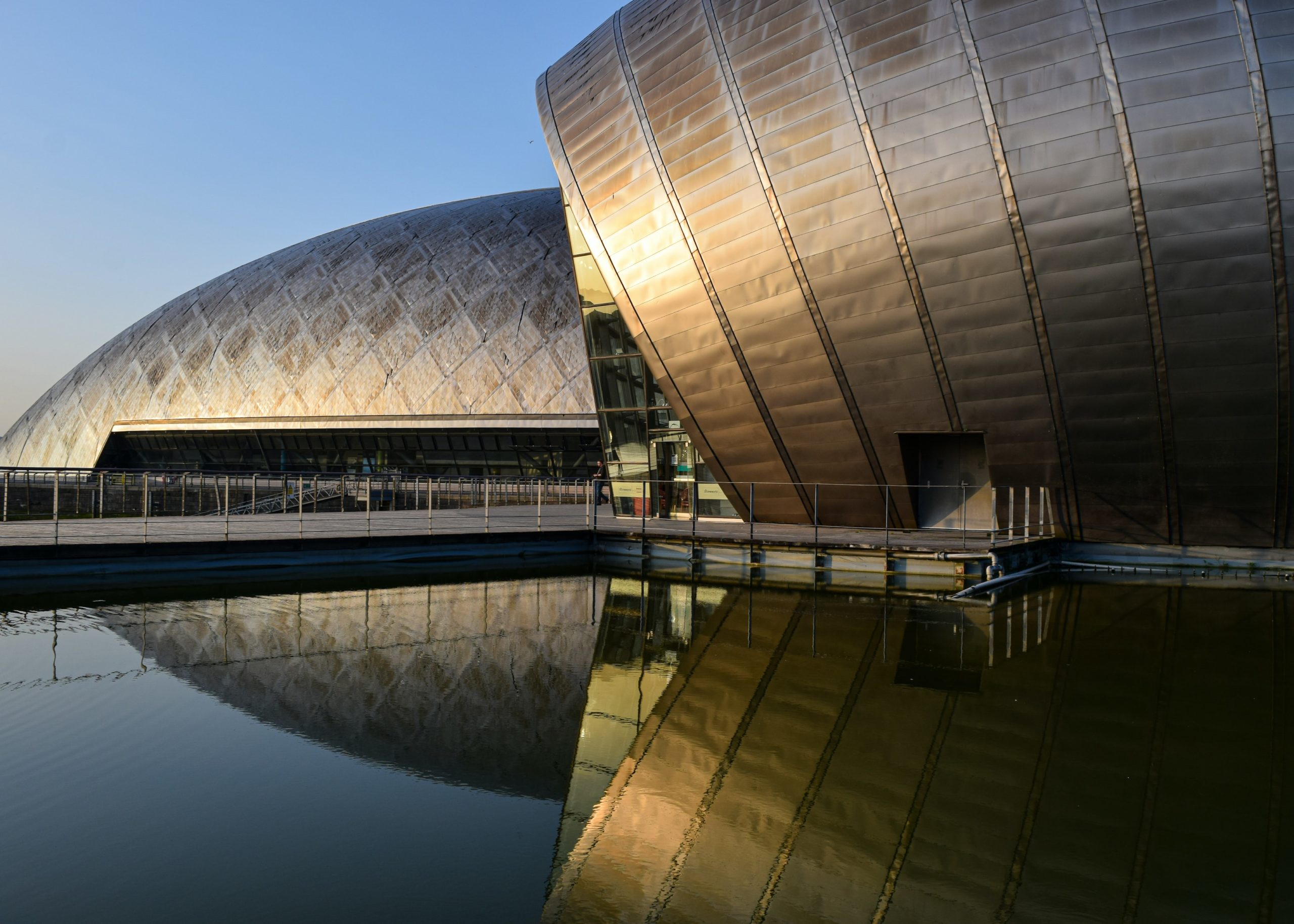 The gavel has finally come down and world leaders have agreed the new ‘Glasgow Climate Pact’ on 13 November, which calls on all nations to set new climate targets by the end of next year and phase down unabated fossil fuel usage and inefficient subsidies.

It is a document that has sparked a mixed reaction among green groups, with most generally pleased with the key line about fossil fuels, but many lamenting a lack of progress around climate finance and adaptation, loss and damage.

In what was a last-minute objection to global negotiations, the likes of China and India called for a weakening on the language on fossil fuels, while the US and EU managed to remove key mechanisms on loss and damage which would see richer nations support developing nations.

COP26 President Alok Sharma said: “We can now say with credibility that we have kept 1.5 degrees alive. But, its pulse is weak and it will only survive if we keep our promises and translate commitments into rapid action. I am grateful to the UNFCCC for working with us to deliver a successful COP26.

“From here, we must now move forward together and deliver on the expectations set out in the Glasgow Climate Pact, and close the vast gap which remains. Because as Prime Minister Mia Mottley told us at the start of this conference, for Barbados and other small island states, ‘two degrees is a death sentence’.

“It is up to all of us to sustain our lodestar of keeping 1.5 degrees within reach and to continue our efforts to get finance flowing and boost adaptation. After the collective dedication which has delivered the Glasgow Climate Pact, our work here cannot be wasted.”

For the past two weeks, the global spotlight has been fixed on the actions of negotiators, business coalitions, NGOs, youth activists and citizen’s groups at COP26 in Glasgow – an event described as humanity’s “last best chance” for limiting the global temperature increase to 1.5C. Tonight, a final agreement has been reached within the Scottish Events Campus (SEC) in Glasgow, almost 24 hours after the summit was supposed to close.

Under the so-called Glasgow Climate Pact, nations are mandated to formulate and publish updated Nationally Determined Contributions (NDCs) to the Paris Agreement for 2030, by the time COP27 begins in Egypt next year.

These nations should strive to align their climate targets and plans with a 1.5C temperature pathway, the text says. Some nations had been pushing for this to be a requirement, others for its omission entirely. In the end, the document states that the UN will “take into account different national circumstances”. Nations including China, South Africa and Indonesia have stated they will likely need more time.

There is also an agreement for nations to begin developing NDCs through to 2039.

The Pact also notes the importance for “some of the concepts of climate justice” when taking action to address climate change.

In a first for any COP, the final text mentions fossil fuels, stating that “unabated” coal power should be phased down as a priority and that “inefficient subsidies” for all fossil fuels should be removed. The final draft had included “phase out” as the official language, but this was changed to phase down after objections from India.

The UK’s COP26 President Alok Sharma said he was “deeply sorry” during the final minutes of negotiations, as the language listed in the Pact was watered down. Specifically, the mention of fossil fuels has changed from a phase-out to a phase down of unabated coal. This means fossil fuel use can be exempt if combined with certain technologies like carbon capture and storage.

Some nations, as well as green groups, had been pushing for an outright end to all coal and all subsidies, in line with the International Energy Agency’s (IEA) 2050 net-zero scenario, which requires all new fossil fuel expansion to be stopped immediately. However, some nations including Saudi Arabia lobbied for the reference of fossil fuels to be removed from the documents altogether.

Heading into negotiations on Saturday, nations including China and the G77 – which represents 134 developing and emerging economies – expressed anger that their proposals for a Loss and Damage finance facility had been watered down, following reported interventions from the US and EU. Such a facility would see developed nations offer reparations for vulnerable nations to respond to the damage caused by climate-induced events. Some African nations already see 10% of GDP equivalent spent on adaptation and damage repair annually.

There were major huddles in the plenary room at lunchtime. COP26 President Alok Sharma had been hoping to start at 12pm but a 2.30pm start was the order of the day, with final pushes being made in the field of loss and damage in particular. Developing nations wanted, instead of further talks, a time-bound and numerical commitment this COP.

On adaptation, there is confirmation that a new global target will enter development next year, with COP27 set to be the key milestone in a process that will run through to 2024.

The text also states that combatting the climate crisis and transitioning to a low-carbon economy must be achieved in ways that “respect, promote and consider their respective obligations on human rights, the right to health, the rights of indigenous peoples local communities, migrants, children, persons with disabilities and people in vulnerable situations and the right to development, as well as gender equality, empowerment of women and intergenerational equity”.

The text “urges” nations to “to further integrate adaptation into local, national and regional planning” and welcomes announcements on this subject to date.

The Glasgow Pact also features a decision to “establish a work programme” aimed at scaling up mitigation ambitions. It requests that a Subsidiary Body for Implementation and the Subsidiary Body for Scientific and Technological Advice work together to create a draft of this programme with an aim of it being formally adopted by nations.

Just before COP26, the governments of the UK, Germany and Canada forecast that the historic commitment for developed nations to provide $100bn of climate finance annually to developing nations would not be met this year, with 2023 being the first year the full amount was paid.

Developing nations had been urging measures the fill the historic shortfall. Instead, the text  “urges” developed countries to “fully deliver” the $100bn goal through to 2025, with an emphasis on transparency and reporting mechanisms to outline how they are financing this transition.

Negotiations on Article 6 of the Paris Agreement – the section pertaining to carbon markets and how emissions reductions under NDCs can and should be accounted for – have been a focus area throughout COP26.

After what has been reported as slow progress on this tricky issue throughout COP26, the final text states that “internationally transferred mitigation outcomes” (i.e. carbon offsetting) should rely on “real, verified and additional” emissions removal taking place from 2021 onward. There is a requirement for co-benefits in terms of adaptation and the economy, and for nations to put at least 5% of the proceeds into adaptation.

Plans for a potential two-tier system, and to transfer existing forest credits Into Article 6, were deleted from drafts, in a move most green groups have praised.

UN Secretary General António Guterres commented: “Let me begin by thanking our hosts —the UK government and the people of Glasgow — for their tremendous hospitality. I salute Alok Sharma and his team. This was an extremely challenging conference. They have shown remarkable expertise in reaching consensus among parties.

“The approved texts are a compromise. They reflect the interests, the conditions, the contradictions and the state of political will in the world today. They take important steps, but unfortunately the collective political will was not enough to overcome some deep contradictions. As I said at the opening, we must accelerate action to keep the 1.5 degree goal alive.

“Our fragile planet is hanging by a thread. We are still knocking on the door of climate catastrophe. It is time to go into emergency mode — or our chance of reaching net zero will itself be zero. I reaffirm my conviction that we must end fossil fuels subsidies.”

“Success or failure is not an act of nature. It’s in our hands. The path of progress is not always a straight line. Sometimes there are detours. Sometimes there are ditches. As the great Scottish writer Robert Louis Stevenson said: “Don’t judge each day by the harvest you reap, but by the seeds that you plant. We have many more seeds to plant along the path. We won’t reach our destination in one day or one conference. But I know we can get there. We are in the fight of our lives. Never give up. Never retreat. Keep pushing forward. I will be with you all the way. COP 27 starts now.”

UNFCCC Executive Secretary Patricia Espinosa added: “Dear friends, two weeks ago, I said in my opening remarks that success at COP26 was possible.  I said it would be defined not by one or two “big” announcements, but whether we achieved a balanced package of decisions and actions.

“We started our work with a clear recognition that we are facing a climate crisis and, at the same time, that there are critical gaps in terms of mitigation, adaptation and finance. I believe that the recognition of the relevance and the urgency of the task ahead has allowed many of you to support the consensus, even if it did not completely address all your concerns. I thank you. We will be leaving Glasgow with clarity on the work we need to undertake to reach the 1.5-degree goal.”