How Can Hemp Fight Deforestation? 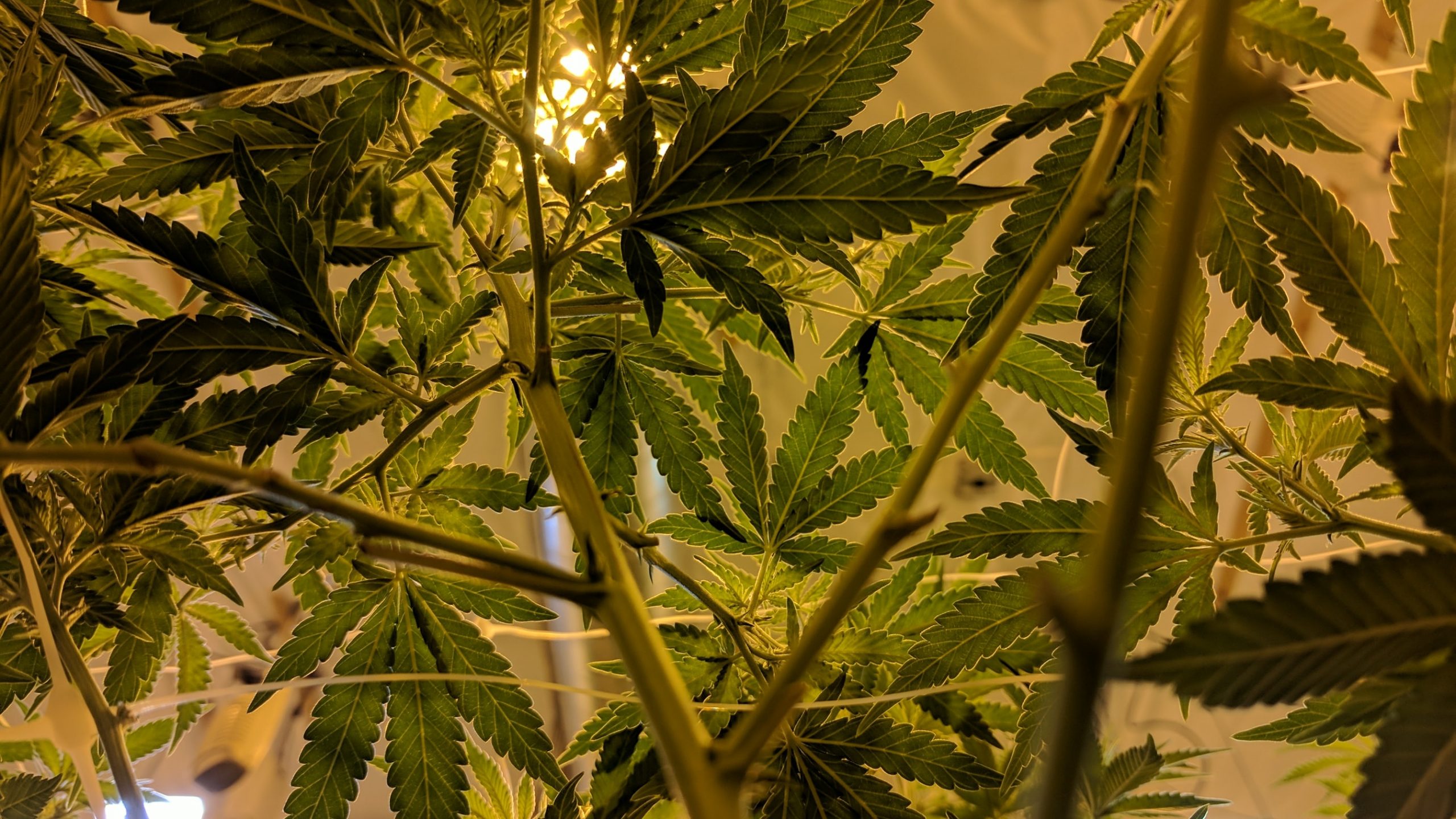 The hemp plant is one of the most beneficial plants for the environment and humans. It is excellent for industrial purposes and also in the medical world. Hemp is also quite an easy crop to grow, and it is very profitable for both industries and human life in general. It’s amazing how this versatile crop can help us understand how to reduce deforestation.

In this article, we will list down the several benefits of hemp cultivation and the advantages of legalizing marijuana cultivation for industrial and medicinal uses, and explain how to reduce deforestation by promoting hemp farming. Hemp was banned in 1937 under the threat of drug and substance abuse; however, it has always been at the forefront of the entire manufacturing sector in the U.S.

Tom Murphy, the National Outreach Coordinator of ‘Vote Hemp,’ says, “A change in federal policy to once again allow hemp farming would mean instant job creation, among many other economic and environmental benefits.”

Marijuana is a plant of many benefits. It offers as the best and very cheap substitute for producing paper. Aside from all the material commodities that the plant can be used to manufacture, the plant is excellent for the environment.

1. Hemp does not attract weed growth; instead, it automatically repels its growth and is inflected with very few insects. A fewer threat to life also suggests that hardly any herbicides or pesticides are needed for growing it.

On the other hand, cotton is widely cultivated but needs an enormous amount of pesticides that accounts for nearly 50% of the entire cotton use in the U.S. Which means, substituting hemp for cotton is going to reduce the use of pesticides radically. This is how to reduce deforestation by letting hemp replace cotton.

2. Hemp is an excellent substitute for cotton for making textile goods. The hemp fiber is ten times sturdier than those of cotton, and it is suitable to make any regular clothing. The environmental benefits also include less watering for hemp while a lot for cotton. While cotton requires a warm climate to grow, hemp can grow in almost any environment.

3. Hemp can produce twice the amount of fiber per acre than cotton. For example, a regular U.S. County’s land area can produce enough fiber to make a hundred million pairs of pieces of denim in one year. Clothing items made from hemp fiber are jeans, jackets, trousers and pants, shirts, tunics, hats, bags, and dresses.

4. From the hemp plant, one can derive an excellent substitute for wood taken from trees. It is even stronger than the wood derived from trees. They, therefore, constitute excellent building materials, and they can be manufactured at much less than it takes to manufacture wood from trees. They are therefore able to efficiently cut down building costs and save many trees and thereby save a great deal of deforestation.

5. Hemp-derived items are entirely biodegradable, renewable, and non-toxic. This makes them suitable materials for people to consume than products that take more than a thousand years to decompose in nature. The more people consume bio-renewable products, the better it is for the environment. Especially concerning this, hemp is a miracle plant for human beings.

6. Hemp requires very less or moderate fertilizers, and therefore it does not damage the soil as much as cotton and other plants do. Less use of fertilizers and herbicides means less pollution seeping into the underground water and polluting the other water bodies. Hemp cultivation, therefore, promises less water pollution, and more excellent quality of soil, leaving it more fertile.

7. Hemp creates more biomass than any other plant cultivated in the U.S. This biomass is converted into fuel as no-sulfur human made coal and clean-burning alcohol. It has enormous potential in being the cleanest and most renewable energy source than the most number of crops planted on earth.

8. Not only does hemp replenish the soil and clean the air, but it is also great at eliminating harmful toxins from the environment, by absorbing them. The hemp plant was used after the Chernobyl nuclear disaster to remove radioactive compounds from the atmosphere, such as Cesium and Strontium.

9. The most beneficial trait of the hemp plant is its potential in replacing trees to produce paper. The U.S. Department of agriculture derived that one acre of hemp cultivation produces four times the amount of paper than one acre of trees.

Hemp is already used in stationery widely. Any paper-product – cardboards, envelopes, computer printer paper, newsprints, writing paper, and even tampons, toilet papers,- can be manufactured with ease from hemp. This makes it enormously great for saving trees and therefore reducing the carnage of widespread deforestation.

10. In agriculture, trees have to grow for twenty to thirty years after being planted, and only then can it be used for harvesting. On the other hand, when the hemp plant is about ten to twenty feet tall, it is ready for harvesting, which takes four months.

This is not only going to save forests ergo cutting down on the enormous release of carbon dioxide in nature, following deforestation but is also going to protect a large number of wild-lives and their habitats.

Deforestation is an act of clearing out vast areas of lands populated with trees for creating goods, housing, paper, et al. by chopping down millions of trees and burning down the forests. Furthermore, as deforestation is the most significant single cause of global warming, given the facts, there is no other plant that will be as good to the atmosphere today than hemp.

Damage Caused To The Environment from Deforestation

Let us take into account how much damage is caused to the environment from the single most significant factor of global warming, deforestation:

This graph shows the enormous increase in annual carbon dioxide emissions in the globe, which is a cumulative result of deforestation, burning of fossil fuels, and other natural resources.

Cutting down large forest areas disrupts the ecosystem widely. A large number of animals, birds, get displaced, and eventually die for not being able to adapt to new habitats. Therefore, with deforestation, not only do we lose millions of trees, but we also end up killing millions of animals and birds by destroying their habitat.

Despite its enormous advantages, why is this plant illegal?

It’s easy to understand how to reduce deforestation by embracing hemp. The bigger concern, however, is the stigma associated with the plant.

The significant erroneous confusion for NOT cultivating hemp comes from its confusion with marijuana legalization. It is incorrect because marijuana and industrial hemp are different breeds of the same species – Cannabis Sativa. Hemp is not and cannot be used for drug abuse or even as a recreational drug. Consumption of many hemp flowers will only induce an intense headache but not a high.

Twenty other countries apart from Canada, France, Britain, Spain, and Germany legally cultivate and process the industrial hemp plant without interfering with the marijuana laws.

Practicing mindful agriculture and industrial practices are imperative to human beings, our whole ecosystem, and the atmosphere, given the enormous damage that has already been caused to the environment.

It is the only good and valid measure for the production of paper and other manufacturing goods derived from trees.

If hemp is utilized and cultivated on a mass scale, we will be able to cut down the emission of millions of tons of carbon dioxide, while nurturing and maintaining our planet’s forests and animals.

This article is republished from Hemp Foundation under a Creative Commons license. Read the original article.

As the Market Drivers for Sustainable Polymers Intensify, the Industry Response Accelerates

A key requirement for every company in the polymer value

Preparations are well underway for Railtex 2023

Railtex will gather the UK’s railway industry from 9 –