International Brands Group (IBG) has confirmed that they are re-booting Totectors, the brand that was born in Northamptonshire.

At the heart – and sole – of the Totectors relaunch is PCIAW® Trusted Member IBG, which designs, develops, sources and sells branded uniform, safety, healthcare, outdoor and sports footwear.

Rhys Elavia, sales manager for Totectors, says, “Our safety product is designed for today’s trades, allowing the consumer to keep their look.

“Gone are the heavy, bulky, old-school styles. They have been replaced with sleek, lightweight shoes you’ll be happy to keep on your feet at the end of the working day.”

The Totectors name, synonymous with safety boots and shoes, is aiming for a younger demographic with footwear that can be worn on nights out as well as at work.

Working from a new UK office and showroom based in Raunds at the Bizspace Enterprise Centre East Northants on Warth Park, IBG is relaunching the iconic Totectors brand, revamped for a new consumer.

Rhys, who lives in Irthlingborough, has spent his career in the footwear, clothing and PPE markets, working for brands such as Hi-Tec UK, Delta Plus UK and Orbit Manufacturing.

Established in 2018 IBG was founded by Ed van Wezel, after the sale of the family businesses Hi-Tec and Magnum where Ed was chief executive for six years leading up to the sale.

Rhys added: “We are looking for distributors for Totectors and are currently in talks with a major UK retailer. We are bringing 21st century fashion into the safety market, for the young consumer.”

A brief history of Totectors

From humble beginnings in tiny premises in Rushden High Street and one man’s dream, Totectors grew into the largest employer in the town, achieved notable sales in more than fifty countries and, most importantly, prevented thousands upon thousands of serious injuries in the workplace.

The foundations of Totectors were laid in 1885 with the formation of Wilkins and Denton in Rushden High Street.

Generations later descendant George Denton was inspired by steel toecap boots – the invention of American Arthur Williams – when early examples arrived from the United States in 1938.

Mr Denton was determined to secure the British rights of Williams’ invention but initially hindered by the Second World War, but the UK’s inexperienced labour recruited to maintain coal output were suffering from serious foot injuries.

In 1944, the Ministry arranged for Mr Denton in to cross the Atlantic to secure the rights of the patented steel safety toecap and after a weekend of playing cribbage the deal was done.

Production of safety footwear started in 1944 with a new warehouse in Rushden. The business grew and at its height had bases across the county but the Totectors factory in Duck Street closed down in 2003. 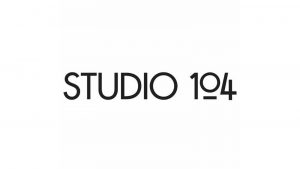 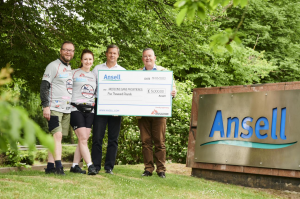 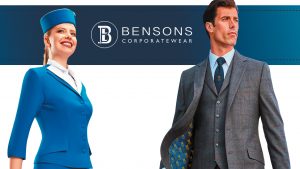 Announcing the arrival of Bensons Corporatewear into the UK market

Launch in the UK Bensons is a 100% Irish owned