The world has received its starkest warning yet from the UN’s Intergovernmental Panel on Climate Change (IPCC) report, published on 9th August 2021. Governments, industries and businesses must now enact their sustainability programs with urgency.

For three years, 234 scientists from 66 countries researched and compiled the most comprehensive review which, in its most explicit terms yet, evidenced human activity with Earth’s warming temperatures.

In a time where wildfires rage California, Greece, Sicily, Turkey; heat domes trap North America and Canada, whilst the likes of the UK, Germany and China see floods more destructive than ever before, the IPCC report could not have been published in a more illustrative moment.

The scientists report that some of the effects of climate change are now inevitable and irreversible, however the IPCC report also states that there is still hope to avert some of the most extreme of circumstances.

If governments, industries and business act now, it could quite literally be the difference between nations becoming extinct within the century, as sea levels rise above them.

UN Secretary, General António Guterres said: “If we combine forces now, we can avert climate catastrophe. But, as today’s report makes clear, there is no time for delay and no room for excuses. I count on government leaders and all stakeholders to ensure COP26 is a success.”

The PCIAW® has long reported that the textile industry is the second largest polluter in the world, and it has a duty to reform. Now we know that the fate of entire countries and cities lies in the balance of the world’s ability to act.

On 2nd November, the PCIAW® Summit will follow-on from the first of its kind report, ‘Circular Textiles for a Sustainable Future’ to help educate the professional clothing and wider textiles industry on how to recycle textiles; design circular, reduce carbon emissions, procure sustainably and manufacture durably.

This year’s annual PCIAW® Summit is titled ‘Sustainability: Are You Ready?’ and will feature over 20 international speakers educating on solutions across the supply chain to help the professional clothing industry start to change now.

Euratex report says Brexit has been challenging for the textile industry 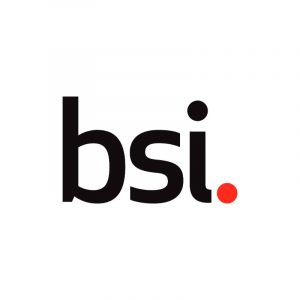