The History of Workwear

Wearwell visits the lengthy and diverse history of workwear.

Going back to the distant past, there were just three professions in which it was necessary to wear a uniform of sorts and how it has covered the aspects of differentiation, protection and unity.

Evolutions as early as the ancient Egyptians, Greeks, Romans and prehistoric tribes used uniform to separate and identify their priestesses and priests. With religion being a representation of status, it was a permanent profession that required special treatment, dedication and sacrifice.

Similarly, royal fashions were usually made from the finest, most luxurious materials by the most talented workers and longed after by their royal highnesses’ subjects as they are today.

Today, workwear is used to distinguish exactly who a person’s employer might be or what job a person might have, as the garments provided for each sector of the industry are specifically made well to protect the employee from workplace hazards.

Wearwell give the perfect example:

‘You’d be able to tell an ambulance worker from a Costa Coffee employee easily just from their workwear, as certain brands and certain jobs associate themselves with colours, accessories and logos.’

In the very early days the only uniforms produced as a mass production was workwear for the army. Designed to protect their warfare all over the world, warriors wore protective materials handcrafted from natural materials such as metal, clay, wood or leather, while battles were waged.

As time has progressed, so have the army uniforms of all countries, telling an extensive array of incredible stories. From the clothing manufacturing procedure, to the weaponry of the time, as well as the jobs these soldiers would do. Today we owe lots of modern day fashions to these changing military landscapes.

Bringing us back to the technology of today, where a lot of time and money have gone into creating protective workwear for the industry. From a simple high vis jack protecting the road worker, to a much more researched and invested construction workers, providing materials that are resistant to harsh chemicals, workwear for protection has a long and extensive history.

Uniform has always been used as a representative regardless of what it was/is used for, throughout the years it has always brought unity with it. The robes of a Pharaoh told his/her visitors that they were worthy of respect as it indicated wealth, power and status. A soldier’s uniform shows identification as kin to those fighting alongside them.

Today, uniforms carry that ability to create that same sense of unity to the wearer. From the Brownies, to football clubs, to schools; the shape, colour, fit and design of a uniform can contribute to making a person feel as though they belong.

In a comparable way, workwear has spiralled to help us identify our associates and provide a sense of security while also offering protection and peace of mind. We see this unity take place all over the world where there are hundreds of staff all doing different jobs for the same goal. Yet their workwear helps them all feel united, even if it’s something as small as embroidery on the chest or an emblem on a pin. 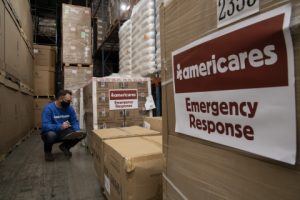 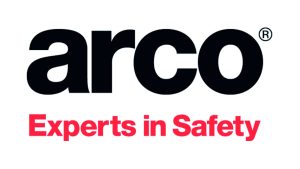 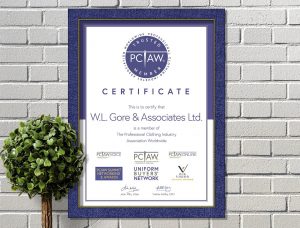 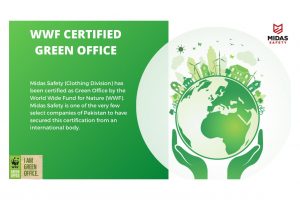