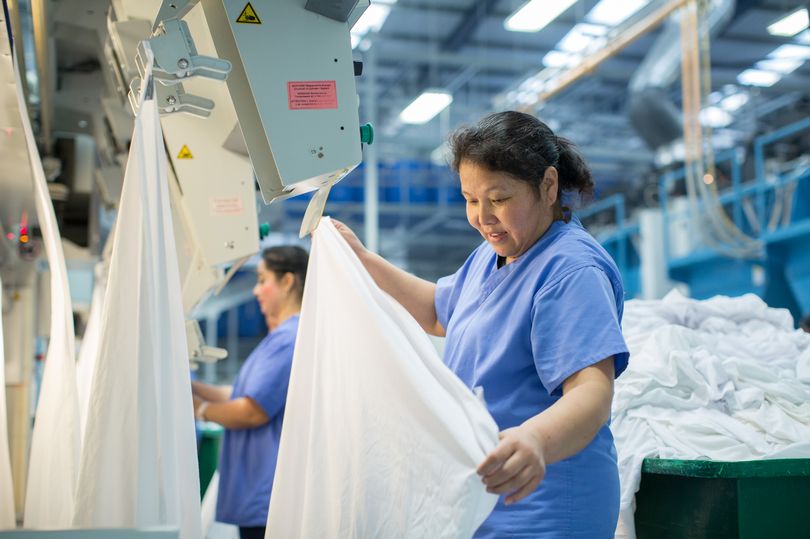 Johnson Service Group, the Cheshire-headquartered textile service provider, has brought back all of its furloughed staff after an uptick in volumes.

The group, which is listed on the London Stock Exchange, has issued a trading update for the six months to June 30, 2021.

Johnson Service Group said that “as anticipated”, trading has continued to improve since its last statement in May.

Workwear volumes in June were 98% of normal levels, up from 96% in March while it has experienced a rise in sales opportunities as businesses return to more normal trading patterns.

In HORECA, volumes in June were over 70% of normal compared to 30% for the last two weeks of April.

The statement added: “We had been proactively planning for the anticipated increase with our customers but the trajectory of the increase in demand was steeper than expected across the industry.

“Whilst volumes remain difficult to predict from week to week, we anticipate that volumes will see further increases as we enter the peak summer months.

“The rapid increase in volumes has resulted in all staff being brought back from furlough, such that no further furlough claims will be made from the end of June 2021.

“In addition, we have recruited a significant number of employees across HORECA and this is ongoing. In common with many other businesses, the competition for labour has meant that costs of production have seen an increase.

“This, along with less than optimal productivity in the short term as volume levels build, will have a small impact on margin in the coming months.

“We have been actively working with our customers to resolve the challenges of shifting demand and service delivery has improved significantly in recent weeks.”

Results for the half year are expected to be published in early September.