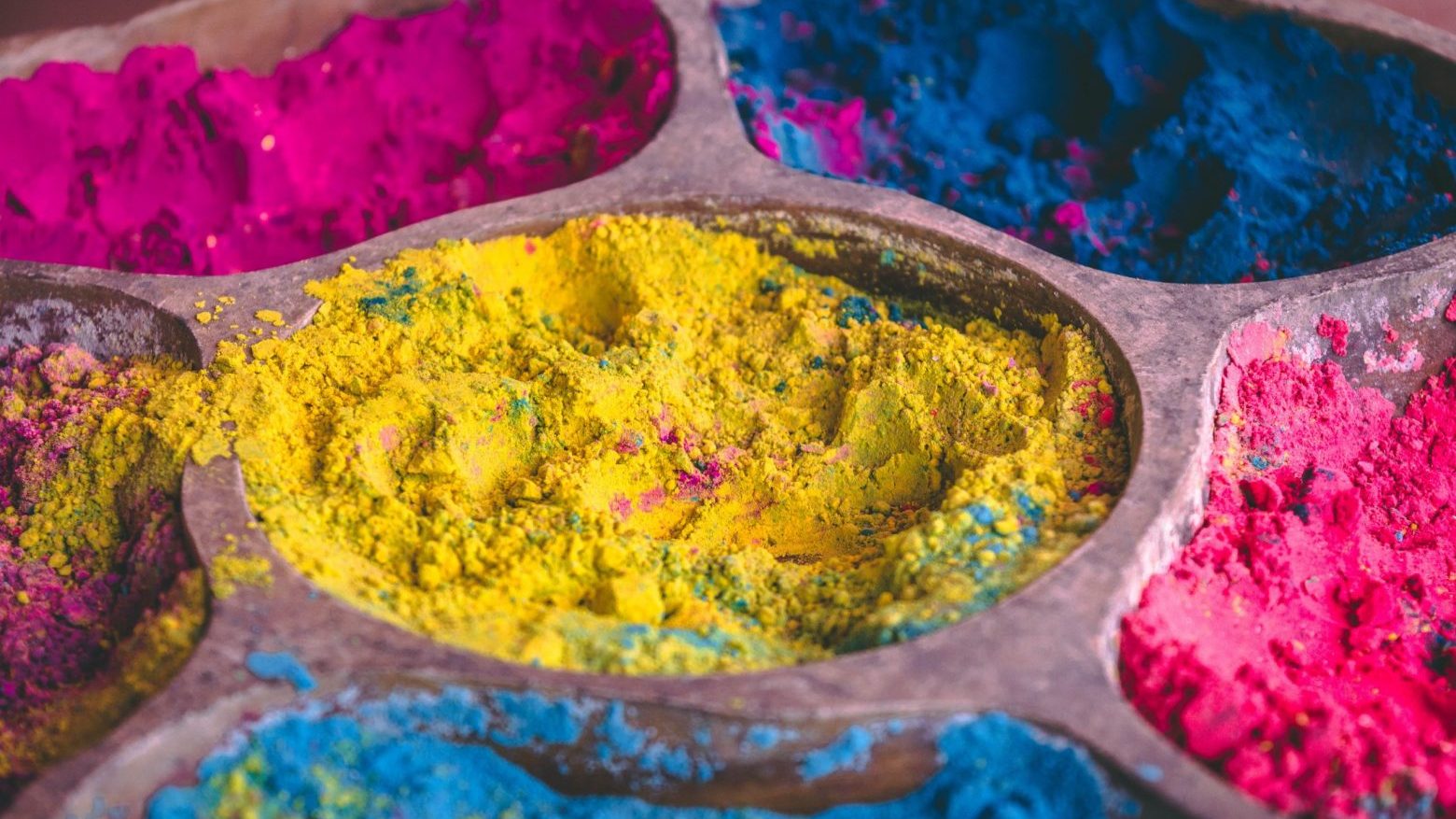 A team of third-year engineering majors led by Vivian Krause ’24 and mentored by Assistant Professor of Engineering Jonathan Su is collaborating with Burlington’s Solid State Clothing and TS Designs to find the best way to preserve natural dyes.

An Elon engineering major’s independent research into sustainable dyes with a Burlington clothing company has evolved into a class project that will “advance dye science around the world.”

Vivian Krause ’24 partnered with Solid State Clothing in spring 2022 to investigate methods of preserving naturally sourced, sustainable dyes with her mentor, Assistant Professor of Engineering Jonathan Su. Solid State Clothing is a subsidiary of TS Designs — a Burlington company with a 40-year history of advancing sustainable textile technologies and practises, including the use of local and regionally sourced materials.

One of the challenges of manufacturing clothing with dyes derived from natural ingredients is the seasonal availability and sourcing of ingredients, said Courtney Lockemer, Solid State Clothing’s brand manager. Being able to preserve dyes would not only make business more efficient but allow Solid State and TS Designs to better support the local farmers in providing those ingredients.

“There isn’t a lot of science around natural dyes, since chemical dyes have been primarily used since the mid-1800s. The research of sustainable dyes that is happening is scattered. This project is important because it will advance dye science around the world,” Lockemer said. “We’re excited to share this information with everyone working with dyes.”

The project began through ongoing efforts to deepen the Department of Engineering’s connections with area businesses and organisations through mutually beneficial student research and design projects. In solving an outside entity’s real-world problems, undergraduates get invaluable engineering experience that mirrors work they will do in their careers.

Krause is pursuing a B.S. in engineering with a biomedical concentration. The principles of preserving sustainable dyes align with those of drug stability and diffusion, Su’s area of expertise.

“I was interested in drug development and pharmaceuticals, and I also really wanted to work with a local company that has such a great mission and is trying to make their processes as sustainable as possible,” Krause said. “They’re trying to do a lot of good with their company and that made me more impassioned to transition it to a yearlong Research Methods project.”

Krause and a team of junior-level engineers — Lauren Hanchar ’24, Mary Hermes ’24 and Jordan Wels ’24 — are testing various methods of dye preservation for four materials as a Research Methods project. They are extracting dye from pomegranate skins, Osage orange tree wood, black walnuts and madder root. Those extracts are being freeze dried, frozen, refrigerated, incubated and stored at room temperature, then applied to t-shirt material supplied by Solid State. The team will compare and examine the differences in colouration and dye quality between those methods.

“At the end of the year, we want to present them with swatches of fabric and qualitative observations and results in colour after they are dyed using extracts preserved in all these different methods, and also compare that to dying fabric with extract that’s just been made,” Krause said. “That should inform their business processes for each of these dyes.”

The team expects that freeze-dried — or lyophilised — dye will likely prove to be the best method for preserving extracts over several seasons, due to the fact that the process removes water and reduces the chances of degradation, Hermes said. The lyophilising machine itself is expensive but is relatively energy efficient and has the capacity to process multiple types of dye at once.

Lockemer said she and others have been impressed by the skill and dedication of Krause and classmates involved in the project.

“Vivian is amazing. She took charge from the beginning and was able to explain to us what the options were and what best methods could be and has just run with it,” Lockemer said. “She’s advised by faculty, but to me, it’s like working with a professional scientist. We’re dealing directly with her and she’s absolutely on top of it, and so is the rest of the team.”

Krause is also a Lumen Scholar, one of 15 members of the Class of 2024 selected for the Lumen Prise — Elon’s top undergraduate research prise that provides $20,000 for research and scholarship. Her project, “Factoring our Racial Bias: Developing a Dual-Sensor System for Pulse Oximetry,” is also mentored by Su and aims to eliminate racial discrepancies in medical technology.

This article is republished from Forbes under a Creative Commons licence. Read the original article.