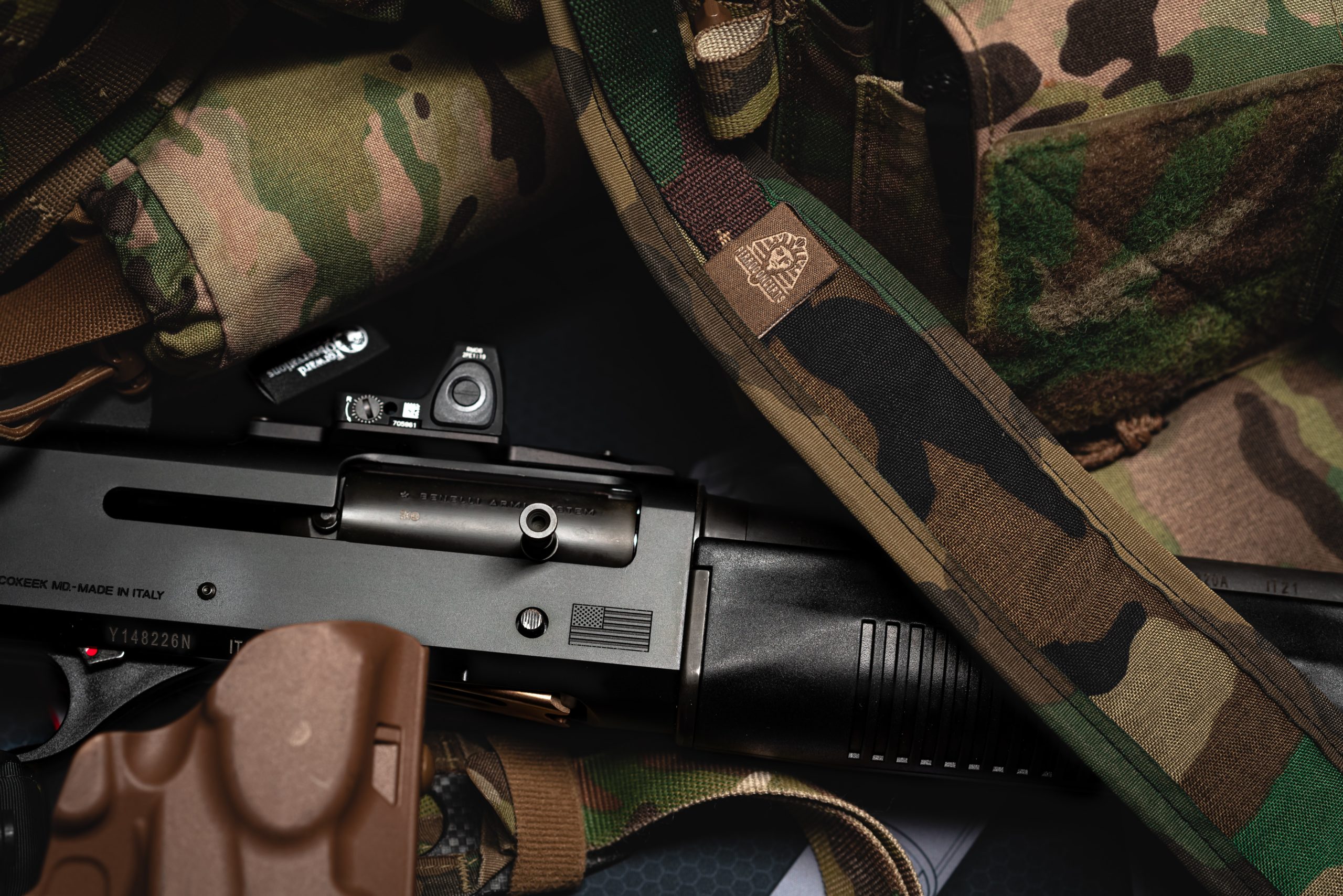 Military camouflage has evolved dramatically over the years and is a key protection system to protect armed personnel and military assets from discovery or observation.

As a form of military deception, camouflage as a military asset was first practised in the mid 18th century by Rifle units who required a form of visual protection that would make them more inconspicuous to the enemy. While this simplistic green uniform style of camouflage is very basic compared to modern standards, it began a trend of camouflage colouring to protect personnel and equipment over the next 100+ years.

But camouflage as we know it today first truly began appearing from 1915 thanks to the French Army who were the first to create a dedicated camouflage designed unit. In fact, the very word camouflage comes from a French verb that means ‘to make up the stage’.

Very soon after France had begun to use their camouflage design, the British Army created their own. But camouflage was primarily used for protecting physical assets to make them visibly disappear in the distance. Remember that before the creation of radar systems, visual site was the only real detection system that armed forces had. Therefore the ability to hide a tank or ship in the distance was far more advantageous.

Camouflage artists were used to create pattern designs of irregular shapes that was known as ‘disruptive pattern’. Navy Ships were for a time painted in two layers of camouflage pattern know as ‘Dazzle’. One to disguise the ship from side profile views (for other ships and submarines) and one from above to hide from planes.

After the French and British had created their own camouflage designs, the practice quickly caught on and many other nations began to develop their own disruptive pattern designs. Germany introduced their first design in 1917, as did the Americans. And while the technology to print camouflage onto fabric did not come along until 1920s, Sniper Divisions were known to paint camouflage patterns onto their clothing to help blend into their surroundings.

When printed camouflage fabric did begin mass production, it was first used widely by Italian (M1929 Telo mimetico) and German (Splittertarnmuster) armies and when the Second World War began, the technique was quickly taken up by other forces in combat.

British and Soviet aircraft used camouflage patterns both to disguise planes on the ground and in air but also to ‘reveal’ key assets which were in actual fact fake. This technique had actually first started in World War I with papier-mache dummies dressed up to look like armed forced personnel as a way of revealing key sniper positions. In World War II, this same technique was used to a grander affair with false cars, houses, tanks and other structures to either draw air bombers away from vital targets or to boast stronger force numbers than they truly had.

With each country developing their own camouflage, the process also allowed armed forces to better identify friend from foe. There were reports that during World War II, a form of camouflage developed by the Americans called Frog Skin was often causing allied forces to mistakenly identify American personnel as Germans as the design was very similar to the German Camouflage pattern worn by the Waffen-SS.

Over the last century, camouflage pattern design has developed at quite a pace. From using art students to create visually disruptive patterns, the modern camouflage designs used by Military and Armed Forces are far more technical. Most military forces now have their own developed designs that are used for several different uniform types in Armed Forces, Navy and Air Forces. And with technology playing an ever increasing part in the modern battlefield, Military Clothing design and fabric construction are now playing an equally important part in camouflage. Only this time is it technology to camouflage against IRR (Apogee Infrared Radiometer) detection by reducing the wearers thermal signature.

At Keela Tactical, we produce a range of protection tactical solutions for Armed Forces who are looking for durable protective clothing in a range of camouflage design options.