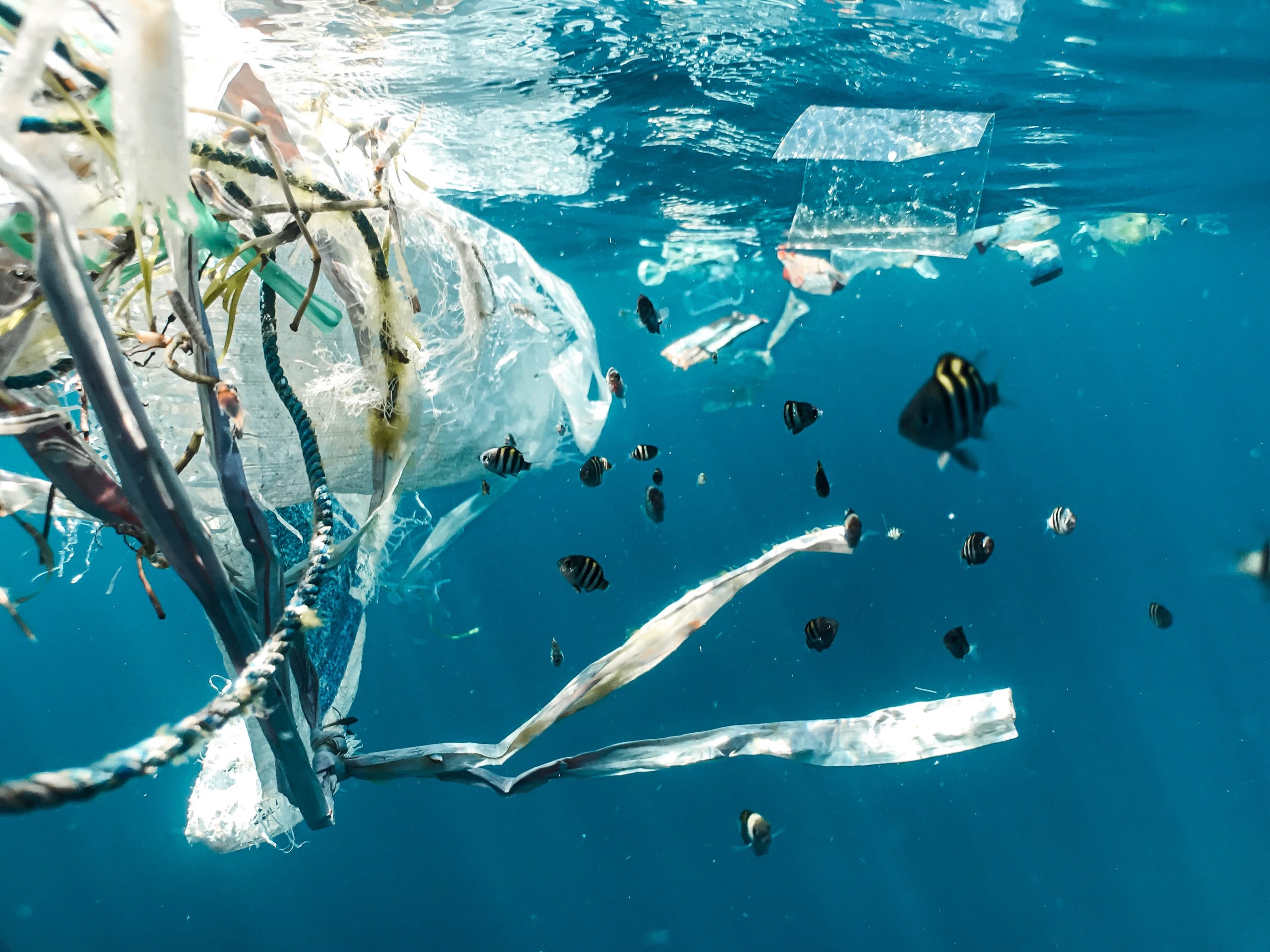 Most performance fabrics used in athletic clothing, like Spandex, are made from synthetic fibres, which are problematic for humans and the environment. Luke Haverhals’ company, Natural Fiber Welding, offers an alternative to synthetic fabrics.

NFW makes a performance cotton textile called Clarus that can be used for clothing. The fabric is made from cotton that has been treated to partially break down the organic material and leave it stronger and denser. The result is cotton yarn that behaves more like synthetic fibres.

Haverhals has a PhD in chemistry and began his career teaching at the Naval Academy in 2008. While there, he worked with a team of chemists and materials scientists researching ionic liquids, which are essentially melted salts. These salts usually remain liquid at room temperature and can be used as solvents for breaking down biomass, things like cotton and cellulose. In 2009, with funding from the Air Force’s Office of Scientific Research, the team realized a significant breakthrough in strengthening natural fibers using ionic liquids.

The team asked what might happen if they partially broke down natural fibres and then welded or fused them together. The result is a kind of monofilament cotton. While the original fibres might be only a few centimetres long, the partially dissolved and fused fibres can be made much longer. This creates a stronger yarn that mimics the performance characteristics of synthetic fibres.

In 2016, Haverhals left the Naval Academy and founded NFW with a grant from the Department of Defense and a license from the Air Force to produce yarns and textiles using the process that had come to be known as “fibre welding.” The company has been issued eight patents globally, and has 90 pending.

Haverhals and NFW win praise from critics of plastics—and of marketing campaigns claiming to have eliminated them. There’s growing concern about the plastic microfibers synthetic materials like polyester shed with each turn of the washing machine. “I think he (Luke) is the real deal, and I think there are very few people out there that are the real deal,” says Sian Sutherland, founder of A Plastic Planet, a nonprofit that aims to eliminate the use of plastics. “This is not just about eradicating fossil fuels within the textile industry, but above and beyond that, it’s also about toxins.”

NFW has attracted a handful of big-name investors, including Ralph Lauren, BMW’s iVentures, and Allbirds. In July, the company said it had raised $15 million from private investors, bringing its total to $45 million. Some of that money went to expand its factory in Peoria, Illinois, where it’s now working to scale up production to hundreds of thousands of square feet of Clarus per month. In September, NFW announced a partnership with Patagonia to bring Clarus fibres into some of the brand’s new products. Haverhals says hundreds of brands are in line to buy the company’s textiles for their own products. He says NFW will provide standardized products to manufacturers and work with brands hoping to develop specialised textiles.

Mirum, NFW’s other product line, is a plant-based alternative to leather. It’s made from things like coconut husk, natural rubber, or cork and is cured, or enhanced for durability, using a patented chemistry with no petrochemical additives. This differentiates Mirum from other synthetics that rely on harsh chemical treatments to achieve a desired consistency or feel. The company pitches it as a substitute for leather in products such as auto interiors and shoes. Allbirds plans to start selling shoes made with Mirum soon.

Kasper Sage, managing partner at BMW’s iVentures venture capital arm, says NFW is promising because its products are high quality and sustainable, and the technology is scalable, which is important to automakers. “This is the only company we have found … trying to tackle this problem, that has the potential to really make it in serious automotive production,” says Sage.

Synthetic materials came to prominence in clothing in the 1940s when DuPont pioneered the use of rayon and nylon in fabrics. In the 1950s, the chemical giant released a new material it called Dacron, a trade name for polyethylene terephthalate, or polyester. The new material was durable and wrinkle resistant and easily made by combining ethylene glycol (the main ingredient in antifreeze) with terephthalic acid and then melting them together. Polyethylene terephthalate, also known as PET, is also used to make plastic bottles.

Today, plastic is in almost everything we wear. Athleisure is often made by blending materials like Spandex, a strong stretchy synthetic fibre, with fibres such as cotton. Even when clothes are made of organic fibres, they’re often sewn together with super strong polyester thread, itself a type of thermoplastic.

Natural materials like cotton and hemp are abundant; plants make up more than 80 percent of Earth’s biomass. Natural fibres are not just biodegradable, they are compostable. This means they don’t just break down into ever tinier pieces like some forms of plastic; they can instead become fertilizer as they decompose.

NFW is not the only company working on a cleaner way of making textiles, but Haverhals has attracted the attention of both industry executives and activists, including noted architect and designer William McDonough. “What he is not doing is eco-efficiency. He is not less bad, he is trying to be more good,” says McDonough.

In 2002, McDonough and German chemist Michael Braungart published a book proposing new principles for designing products. The approach, which they termed cradle-to-cradle design, encourages designers to think about how products can be made to contribute to an ecosystem rather than harm it. An example might be producing fabric for clothing from regenerative materials, like cotton and hemp, so that when they reach the end of their usefulness they will decompose when thrown away. The idea is to design products with circularity in mind. “It’s one piece of the puzzle,” says McDonough. “Safe and healthy first, then circular.”

Another company, Circ, in Danville, Virginia, is attacking the problem of sustainability in the clothing industry with a different but no less technical approach. Clothes made with blends of natural and synthetic fibres are challenging to recycle. Separating nylon thread from a cotton shirt, for example, is so laborious and expensive that it doesn’t make economic sense. Circ wants to make it easier to mechanically separate blended fabrics, to reduce the need for new plastics.

Circ uses a process called thermal hydrolysis that uses heat and pressure to break down polyester molecules into their original ingredients, ethylene glycol and terephthalic acid—a process known as depolymerization. The result is a liquid mixture of the raw ingredients from the polyester that can be drained away, leaving raw cotton; both the cotton and the chemicals can be reused. “Material science is becoming more mainstream fashion,” says Circ CEO Peter Majeranowski. “We can deal with 100 percent cotton garments, 100 percent polyester, but what really makes us stand out is the mixed blend fabrics … poly-cotton blends, in particular.”

The potential applications for this technology are profound. Making even a single garment creates a tremendous amount of fabric waste. Garments are made from pieces of fabric that are usually cut from a large roll. Circ plans to collect these trimmings at factories and separate them into their base components that can then be used to make new materials. Majeranowski acknowledges that profitability is a ways off, but he believes Circ’s potential market is massive. He hopes to open collection and processing facilities near clothing factories. In 2020, Japanese textile manufacturer Maruben and Tin Shed Ventures, Patagonia’s investment vehicle, invested a total of $8 million in Circ. The company also recently partnered with Austrian industrial giant Andritz to build more equipment.

Materials science advancements have the potential to make it easier and simpler to verify supply chains. This will allow brands to make legitimate claims about the origins of their products, and point back to companies like NFW and Circ as suppliers. From a consumer standpoint, this could provide a more trustworthy guarantee of where clothing is coming from and how it is made. “There’s a huge misunderstanding within industries about what is scalable and what therefore solves a problem and what doesn’t,” Haverhals says. Given that people are making more clothing than ever and wearing individual garments fewer times before trashing them, scalable clean solutions might be the hottest trend in fashion.