On 1st January 2021, the UK officially completed the transition period for the country’s exit from the European Union.

The PCIAW® joins Jonathan McKendry, Export Sales and Marketing Manager at Carrington Textiles, to discuss the Brexit deal impact for UK business in the professional clothing industry. Jonathan has over two decades of experience in the industry and played a pivotal role in making Carrington Textiles become one of Europe’s largest fabric suppliers. Jonathan is also a non-executive Board Director for the PCIAW®.

Whilst businesses may welcome the certainty provided by a free trade deal being reached, companies need to adapt to the new rules and processes in order to continue operating.

What was your initial reaction to the finalisation of the Brexit trade deal with the European Union?

My initial reaction was one of surprise that a deal was finally completed and of course, relief. I think a ‘hard’ Brexit would have been deeply damaging to both the UK and Europe and I was glad to see common sense prevail. We can now get to the job of unpicking this deal and seeing how we can move forward and continue working closely together with our friends in the EU.

My hope is that there is a commitment from both sides of the vote to try to come together now and move forward. I think aside from the finalisation of the deal, there is work to be undertaken at a government and diplomatic level on rebuilding the relationships that have been damaged from the arguments that have taken place since 2016’s result.

What impact do you think the implementation of the UK’s new trading relationship will have on Carrington Textiles?

It’s been having an impact since the vote was decided in June 2016 and since then it’s probably been one of the biggest challenges we have faced in the UK textile industry in the last 25 years. It was no coincidence that Carrington’s export business has grown a huge amount since the expansion of the EU in 2004 when countries like Poland and the Baltic states joined.

The free movement of goods to areas with large textile garment manufacturing meant that new frontiers had opened up to us. We immediately looked within our business to assess changes and in June 2017, we formed a joint venture with Portuguese textile manufacturer, TMG, to make the new company MGC to help service our European production needs.

MGC gave us a production facility in mainland Europe post-Brexit which has the capability to manufacture 18 million metres of fabric per year, expanding our current production capacity in the UK and Europe to over 50 million metres. This gave our customers confidence that any potential disruption due to Brexit would be limited and it also strengthened our position as one of the leading textile manufacturers in the world.

A huge amount of preparation work was undertaken in all parts of our business but obviously, our supply chain department has borne the brunt of the work. It was necessary to take on more staff along with additional warehousing in Portugal and Germany to ensure that any impact on the flow of goods was minimal.

A number of questions remain surrounding the deal and the devil is in the detail. An organisation like the PCIAW® can help in this regard, along with others, such as UKFT and BSIF. I was pleased to see Adam Mansell from UKFT in the press this week discussing the deal, it shows how an association can play a pivotal role in helping a business through circumstances such as these. These connections will prove vital in the coming months to ensure the business continues to run smoothly and mitigate against the Brexit deal impact on UK business.

How do you think the Brexit trade deal with the EU will impact the professional clothing industry as a whole and do you have any predictions of what may change in the future due to the new trading terms?

I think in the short term, there will definitely be a negative impact – you already see news articles regarding extra documentation and tax implications that businesses both in the UK and EU have not been expecting. Long term impacts will probably mean that some need to have representation within the EU to continue trading to the levels that were seen before January 1st in a similar way to what we have done in Portugal.

I think the larger issue is going to be how the industry recovers post-COVID-19. I agree with my fellow PCIAW® director, Simon Hunter, that the market as a whole will be impacted by recession once furloughs come to an end. The hospitality sector in particular is still going to find it difficult to recover in 2021 and things won’t return to normal until next year at the earliest.

We also don’t know just how much the switch to working from home will have on certain sectors – we have already seen a huge impact on the transport and hospitality sectors – but it will probably affect every branch of the professional clothing world.

PCIAW® members who have any questions should contact us at info@pciaw.org

If the answer is not readily available from the official government website or your supporting customs partner – if we don’t know the answer we’ll find somebody who does. 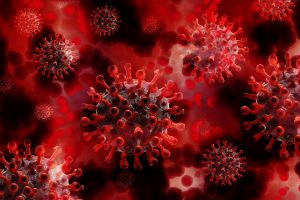 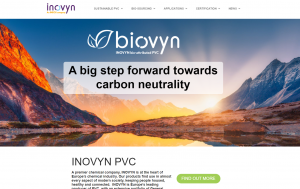