A company run by two 34-year-olds in a former coal mining town in South Yorkshire has become an unlikely success story from the pandemic. After investing £18m in machines and research in the past two years, Bluetree has grown into one of the UK’s biggest makers of personal protective equipment (PPE), a sector that shot to prominence during the health crisis.

Manufacturers such as Bluetree have been buoyed by government plans to ensure half the PPE used by health and care staff is made in the UK, against just 1 per cent before the pandemic. Supply of PPE to frontline health workers has become a hot topic, especially due to indications that National Health Service workers could be hit by a new wave of Covid cases this winter as infections, hospital admissions and deaths have risen.

How the government initiative works out will be a test of prime minister Boris Johnson’s interest in supporting UK manufacturing, especially since he encouraged more “onshoring” after Brexit. “The UK is capable of manufacturing [PPE] at a competitive price, and the products will be at the front of the development curve,” said James Kinsella, Bluetree’s joint chief executive, who runs the company with his colleague Adam Carnell. “We have the expertise and the capabilities in the UK to bring PPE into the 21st century.”

Bluetree – whose PPE expertise centres on high-grade facemasks – is among a swathe of manufacturers that have invested in this area of production in the UK, creating more than 1,000 jobs.

Environmental benefits are an important potential advantage of boosting local production. Sourcing from the UK would cut down on transportation of items that are often shipped over large distances, from countries such as China. There are also hopes that UK-based manufacturers could develop more reusable PPE to reduce reliance on disposable PPE, which dominates today.

But the government has revealed few details of its “buy British” ideas and sceptics question the idea, especially given the record of the Department of Health and Social Care and other agencies in managing PPE procurement so far.

PPE is the term for items such as facemasks, gowns, aprons and eye protectors used by health workers to shield them from viral infection. Formerly a manufacturing backwater, PPE is now regarded as a strategic industry: in the first year of the pandemic, the UK government spent a massive £15bn buying PPE. Most orders went to overseas manufacturers.

Shortages of these items in the early stages of the crisis were widely blamed for the UK’s heavy initial death toll – which now stands at more than 142,000, the highest in Europe excluding Russia, and the eighth highest in the world. Arguments were raised early on that the UK’s huge reliance on other countries for PPE placed it at a big disadvantage at a time when the world was scrambling for supply.

The potential requirement for PPE in the next few years is indicated by data showing the intensity of usage in hospitals and other NHS settings – PPE demand divided by hospital Covid patients – quadrupled in the six months to the end of September compared to the previous six months. The rise appears to be linked to greater rigour in hospitals on infection control and suggests demand will stay high to combat coronavirus and other viral threats, despite more people having vaccinations.

News of the government’s intentions over PPE manufacturing came in comments in June by Sir Chris Wormald, permanent secretary at the DHSC. Speaking to the House of Commons’ public accounts committee, Wormald said: “Going forward, we now have plans for more than half of our PPE to be produced onshore [in Britain]. That is being worked on right now…this is a work in progress to develop our future resilience.”

The department declined to elaborate. It said: “We are working through a future PPE strategy, which will carefully consider how the department and NHS Supply Chain can build on the significant positive changes made to the supply and distribution of PPE during …the pandemic. As part of our strategy, we will set out the future role of UK manufacturing in the PPE supply chain.”

A series of UK and overseas-based manufacturers have invested in making protective equipment in the UK, creating more than 1,000 jobs

Ben Fletcher, chief operating officer at the manufacturing trade body MakeUK, would like the government to clarify its intentions. “We’d like to see the government change its model for PPE procurement to one that [considers] environmental and social costs as well as price, and as a result encourages more UK-based manufacturing. This would have to go beyond an expression of intent and be based on awarding long-term contracts to recognised UK-based suppliers.” Tony Bellis, head of government affairs at the UK arm of US industrial group 3M, said ministers should “find a balance between giving long-term contracts to UK based companies [for PPE manufacturing] … and allowing trusted suppliers to curate their own [overseas-based] supply chains”.

A mix of UK and foreign businesses have set up or expanded plants in the UK to make PPE. Among the latter is Canada’s Medicom, which operates plants around the world including a new factory in Northampton making 1.5m hospital masks a day and employing 250 people.

The company has set out long-term ambitions for Britain, based on a plant that it says could be expanded considerably. “[We have] the potential to become a significant player in the supply of [health] protection products to the UK market,” said Hugues Bourgeois, managing director of Medicom’s UK arm.

Kenton Robbins, managing director of PFF, a West Yorkshire-based business that has moved into PPE, sees plenty of opportunities. “In the past … procurement decisions [on PPE] have been based on value – buying at the lowest price – rather than sustainability and the need to ensure the UK has a supply route that is resilient and reliable. I would like to explore whether we can play a part in putting PPE supply in the UK on a different basis.”

While Bluetree, Medicom and PFF have gained significant government PPE contracts, other companies are less happy, complaining that their efforts to bid for orders have been ignored or pushed aside.

Simon Loose, managing director of Rocialle Healthcare, a maker of health equipment based near Aberdare, south Wales, has been left frustrated in efforts to gain high-volume PPE orders. “I was encouraged by the government narrative around local supply resilience, but I have seen little evidence so far that the UK government intends to change the basis for its procurement policies to put more of an emphasis on local UK manufacturing by established local businesses.”

An executive at another UK PPE maker voiced “great disappointment” over the company’s failure to win government mask contracts, after spending months trying to start contract discussions with the DHSC. The executive said the company had felt “abandoned” by the government.

Other concerns have also emerged from the government’s sometimes flawed approach to handling the Covid crisis. After an earlier inquiry into PPE, the public accounts committee said in February 2021 that the government’s rush to buy PPE early in 2020 opened “increased risks of unequal treatment of suppliers and poor procurement processes”. As a result the DHSC “wasted hundreds of millions of pounds on PPE which is of poor quality and cannot be used for the intended purpose”.

Doubts about the likely success of the plan to boost domestic PPE orders have also resulted from worries about pricing, even allowing for the potential of greater automation to cut production costs. Historically PPE from British factories has cost much more than comparable goods manufactured in low-wage nations including China, the leading country for PPE production.

During a period when government spending is likely to come under renewed pressure as ministers try to steer the economy through the recovery, the potentially higher costs of “buying British” could derail some of the thinking sketched out by Wormald in June. In his comments Wormald acknowledged the possibility of tensions between establishing a greater security of PPE supply through more domestic orders, and potentially having to pay more for it.

“There will be some circumstances where we have some choices between absolute price and wider value for money via resilience… Of course we want both of those things—we want good price and we want resilience,” Wormald said.

Luella Trickett, a health equipment expert at the Association of British HealthTech Industries, a trade body, also points to the potential challenges. “How this [desire to buy from British factories] is balanced with future demand for PPE and cost pressures on the NHS, with good supply of some types of PPE already held by the government, remains to be seen,” she said. 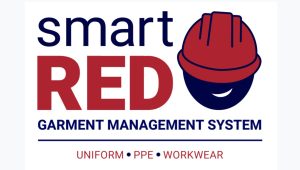 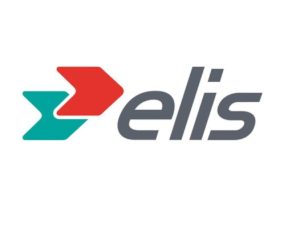 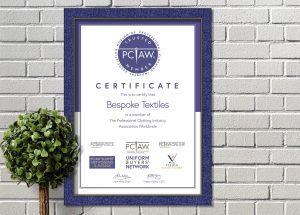 Are brands talking about climate change? An analysis of 280,000 global ads