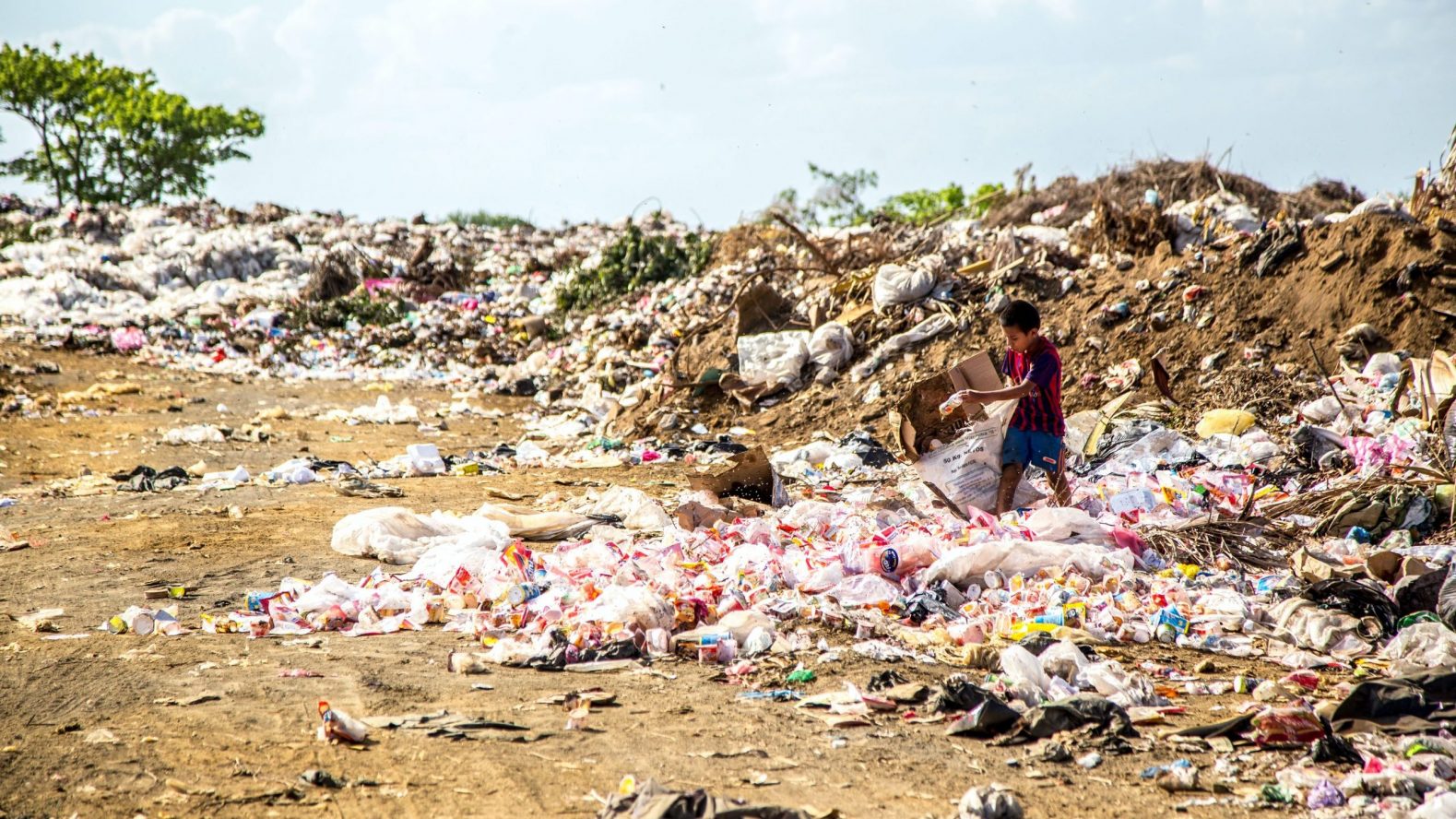 ‘Circular economy’ initiatives ranging from take-back programmes to rental services are enabling fashion retailers to enhance their green credentials. But how effective are such schemes in reality?

The task of establishing a circular fashion economy is widely accepted as crucial, given that a truckload of textiles is being incinerated or buried every second, according to a global estimate by the Ellen MacArthur Foundation.

The charity has also calculated that the under-use of clothing and a lack of garment recycling costs the global economy more than $500bn (£420bn) a year. The longer-term price paid by the environment is likely to be far greater. The microplastics that the synthetic fibres in our clothing shed when washed have been found in human blood, placenta and, most recently, snow in the Antarctic.

Developments such as the EU’s circular economy action plan of 2015 and the UK’s circular economy package of 2020 have prompted many fashion retailers into action. The EU strategy for sustainable and circular textiles, published this March, also stressed the importance to the industry of a credible long-term strategy for durability, recycling and waste management. In June, Boris Johnson even pledged £80m of public funding to help establish a “circular fashion model”.

But critics of the fashion industry’s historically profligate practices argue that ‘circularity’ has become a mere buzzword, used by firms seeking to apply a coat of greenwash over their continuing wasteful ways.

Clothing take-back programmes have become central to the sector’s circularity drive. The charity Waste & Resources Action Programme (Wrap) estimates that such schemes – adopted by the likes of H&M, M&S and Primark – prevented 620,000 tonnes of used textiles from ending up in British landfills in 2018. H&M has reported that its “Close the loop” recycling and repairing initiative collected 18,800 tonnes of unwanted clothes – the equivalent of 94 million T-shirts – in 2020.

Juliet Lennon, programme manager at the Ellen MacArthur Foundation, says: “Rental, resale, remake and repair have the potential to make up 23% of the global fashion market by 2030, representing a $700bn opportunity.”

Retailers work with white-label services such as Yellow Octopus and I:CO, which sort garments into categories for reuse or recycling, depending on their material properties and condition. In theory, such innovations are welcome, yet not all clothes collected are suitable for either process. I:CO, a partner in H&M’s take-back programme, recently reported that 8% of what it received was neither reusable nor recyclable and would therefore have to be incinerated.

More concerning is research published by Greenpeace in April, which claimed that no more than 30% of used clothes are staying in the country of donation. Much of the remainder is sent to countries in the Global South, where it often ends up “on huge dump sites, on open fires, along riverbeds and washed out into the sea”.

Kantamanto Market in Accra, Ghana, illustrates the scale of this problem. About 15 million garments enter the market every week. Some of these can be used to support the local textile industry, but researchers estimate that 40% of the items are of such poor quality that they are deemed worthless on arrival and are either buried or burnt.

Viola Wohlgemuth, a campaigner for Greenpeace Germany, says that countries such as Ghana “don’t have the infrastructure to cope with the large volumes of textiles that are arriving, even if all of them were reusable”.

The large-scale dumping of unwanted textiles is creating a socioeconomic and environmental crisis for local communities. The waste material is a health hazard, as its decomposition not only releases microfibres into watercourses but also produces dangerous levels of flammable methane gas.

Most circularity claims are greenwashing. Fewer than 1% of clothes produced are actually made from recycled textiles

Moving clothes from one country to another is by no means circular. The practice simply shifts the burden to a territory with limited capacity to handle it and weaker environmental laws. Chile, for instance, has long been a hub for used and unsold garments from all over the world. The port city of Iquique accepts nearly 60,000 tonnes a year, but less than half of this material is bought by merchants for resale. The rest is simply dumped in huge mounds in the surrounding Atacama Desert, where it could take two centuries to biodegrade.

Wohlgemuth recounts a recent visit to Gikomba, Kenya, where she found herself walking along the banks of the Nairobi River and realising that they mostly comprised piles of textile waste, from which garments would fall and be swept downstream. It’s not surprising that such experiences have led her to conclude that “the system is not working”.

Transparency is key to encouraging participation in any sustainability initiative. A recent survey by Wrap found that 42% of consumers deemed it important to know the likely destinations of their donated garments.

“When people give back clothes, they expect these items to be reused, to raise money for charity or to benefit people that need them,” Wohlgemuth says. “They wouldn’t expect them to end up in huge, overflowing landfills in Africa.”

Some retailers operate incentive schemes that offer customers discount vouchers for donating used clothing, but such initiatives have drawn criticism for fuelling further consumption, which works counter to the circular economy. There has been “little evidence of plans to reduce the flow of fashion – a precondition for any meaningful attempt at circularity”, Wohlgemuth argues.

When donating clothes or buying ‘sustainable’ garments made from recycled polyester, consumers should proceed with caution, she adds. Regulations such as the Competition and Markets Authority’s green claims code are designed to prevent companies from making misleading statements, but she argues that “most circularity claims are greenwashing. Fewer than 1% of clothes produced are actually made from recycled textiles.”

Sarah Gray, senior analyst for textiles at Wrap, recommends that companies build “a solid evidence base to ensure that they can verify details on recycled content to make certain that their claims about circularity are truthful”.

Lennon believes that “economic and regulatory incentives are needed to increase the viability of circular business models, as voluntary commitments by industry leaders alone will not achieve the scale required”.

Retailers should focus on consistency too. Any firm that’s vocal about plastic packaging as part of its circularity drive, yet doesn’t publicly disclose the volume of synthetic material in their collections, should reconsider its approach, for instance. Doing so will be key to its long-term survival.

Opaque reverse-logistics operations and half-hearted circularity initiatives are leaving companies vulnerable to several ESG risks – and investors, if not consumers, are watching closely.

This article is republished from Raconteur under a Creative Commons license. Read the original article.