What really happens to your clothes after you donate them 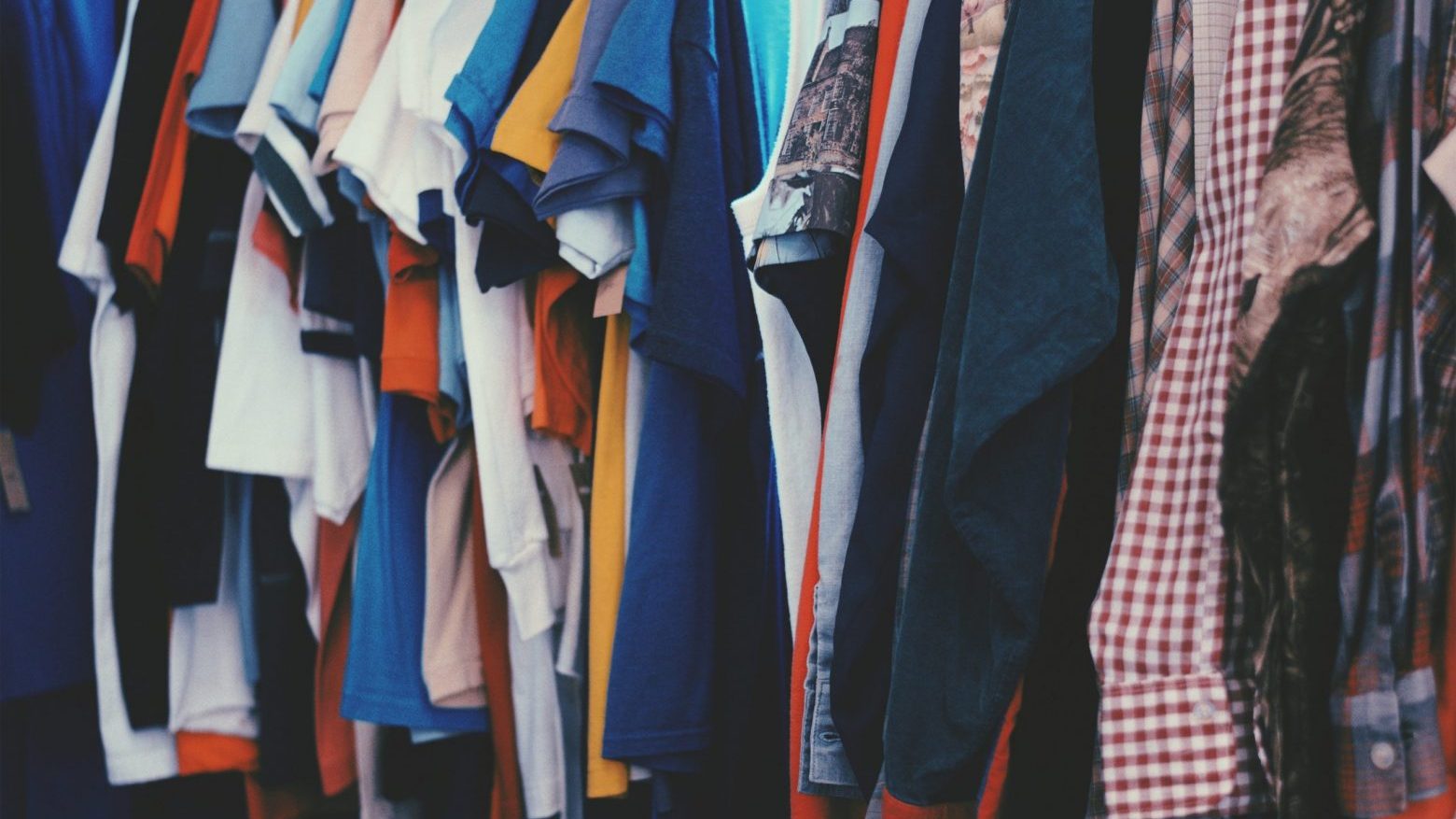 Whether it’s spring cleaning or tackling a New Year’s resolution, many people are purging their closets at least once a year — if not more — and flooding their local charities with heaps of donations.

Donating has long been a popular, convenient and largely guilt-free way to get rid of clothes you don’t wear anymore. But how much of your donated clothing finds a new home or helps someone in need? Far less than you probably might think, experts say.

“We often fantasise as consumers that ‘This is going to a good home’ and ‘Someone’s really going to love this,’ ” says Cosette Joyner Martinez, an associate professor in the department of design, housing and merchandising at Oklahoma State University.

Few nonprofits in the United States collect and redistribute more donated clothes than Goodwill does.

“Goodwill receives billions of pounds of donations every year,” much of which is used clothing, says Brittany Dickinson, manager of sustainability for Goodwill Industries International.

In 2021, according to Dickinson, Goodwill handled more than 107 million donations of used goods, totalling around 5.7 billion pounds. (That is around the combined weight of about 19,000 blue whales, the largest animals on Earth.)

People will often “buy a bunch of clothes and they’re like, ‘It’s okay if I just donate them, they’ll get use,’ ” adds Katrina Caspelich, chief marketing officer for Remake, a global nonprofit organisation advocating for fair pay and climate justice in the clothing industry. “But that’s not true.”

In reality, a large portion of donated clothes typically aren’t suitable for someone else to wear because they are in poor condition. Those unwanted clothes can then become a problem if they get shipped overseas or worse, incinerated or landfilled.

The solution, though, is not to stop donating entirely. Donating clothes can extend their life span, and reputable charities generally make many efforts to keep out of landfills most items they receive. What’s more, charities often use the profits from sales of donated clothing to fund critical community-based programmes and services.

Here is what you need to know about donating clothes and how you can avoid doing more harm than good.

Depending on where you donate and the condition of your clothes, they could go directly to people in need, be sold in thrift stores, get sent to other countries, or wind up repurposed as rags or another product that uses textile fibres. Some donations, however, are in such poor condition that they can only be incinerated or trashed.

“There’s so much stuff coming in,” says Lynda Grose, a professor of fashion design and critical studies at California College of the Arts. “There’s only so much those companies can process.”

In the case of a charity such as Goodwill, about half of donated clothing is “deemed suitable for retail,” Dickinson says, meaning it can be sold in the organization’s brick-and-mortar thrift stores or through e-commerce. The remaining 50 percent of donations that don’t meet the quality standard are sold in Goodwill outlet stores, which are wholesale establishments that sell items at significantly lower prices, or to salvage dealers. Goodwill, she says, only throws away textile donations that arrive wet or soiled. (There are also several local and national initiatives to develop scalable, traceable and circular solutions for unsold donated goods, including repair and upcycling programmes as well as a textile-to-textile recycling project, she says.)

About 38 to 48 percent of secondhand clothing in traditional retail channels are sold, though the rate can vary depending on the Goodwill location, according to Dickinson. Whatever doesn’t sell in stores is typically moved to an outlet, where items are commonly sold by the pound. A minimum of about 30 percent of the total weight of donations received by Goodwill are sold locally through thrift stores, e-commerce and outlets, she estimates.

Anything left over from outlets is sold in bulk as salvage where the materials are sorted into categories such as resale, recycling, downcycling and export. Individual Goodwill organisations, Dickinson adds, work with their own local network of salvage buyers, and they do not directly send products overseas.

But the salvage businesses that buy up unsold clothing operate locally, nationally and globally, so it can be difficult to know exactly where items end up.

While selling clothes to salvage buyers “is currently the only solution that exists in America at scale to extend the life of unsold donated goods,” Dickinson says, “the salvage market is not a perfect system, mainly because it’s opaque.”

Sending clothing overseas might be well-intentioned, but some experts say the shipments could create a waste problem and negatively affect local economies.

“When our used clothes get sent abroad, their sales can compete with other local merchants and textile industries in the area, and that competition can put financial pressure on those who may already be struggling to make a profit,” Caspelich says.

Pay attention to what you’re donating and when
It is important, experts say, to be thoughtful about donations.

Make sure your clothes are in the best condition possible. Garments should be clean and free of pet hair or lint. Cheque any pockets for trash or personal items. If your clothes have rips or missing buttons, try mending and repairing before donating.

That said, some organisations will take things that are broken, stained or ripped. Goodwill, for instance, typically puts damaged items aside for its outlets or salvage, Dickinson says.

Avoid donating clothes that aren’t in season. For example, don’t donate heavy coats, jackets and sweaters in the summer or send those items to warm-weather places. Instead, wait for winter or fall, when there is probably more demand for that type of clothing.

You also shouldn’t donate clothing, even new items, to disaster-relief efforts unless a reputable organisation that is on the ground in the affected area makes a specific request, says Miguel Jaller, co-director of the Sustainable Freight Research Programme at the University of California at Davis.

Most of the clothing that often gets donated in the aftermath of disasters isn’t going to be useful, Jaller says, noting that relief organisations typically don’t have the resources to clean, organise or make donated clothing usable for people in need.

Many drives and collection centres accumulate clothing, he says, but “just a small percentage” ends up being worn. Then, he adds, it can become the responsibility of larger charity organisations or local governments to deal with the unused donations, which might be incinerated, buried or thrown away.

Vet charities
If you’re concerned about what might be happening to your donated clothes, experts recommend researching charities. In her book “The Conscious Closet,” Elizabeth L. Cline points people to online resources such as Charity Watch, Charity Navigator and the Better Business Bureau’s Give.org website, which evaluate organisations and provide information about how they operate.

While charities such as Goodwill sell donations to secondhand shoppers when possible, much of the profits is used to fund community-based services. Across the Goodwill network, Dickinson says, nearly 80 percent of the revenue from the sale of donations supports the organization’s mission of providing job placement and training, and support services such as child care, financial education, transportation, tax preparation and mentoring.

You can also donate clothes to efforts that directly distribute them to people in need. Consider local clothing drives held by shelters or churches. Some groups collect and give away specific types of clothing such as professional attire for men and women, or prom dresses.

Don’t hesitate to look deeper and ask questions, says Karen Leonas, a professor of textile sciences at the Wilson College of Textiles at North Carolina State University. Before donating, she suggests, try to figure out what charities do with non-sellable goods and whether they’re taking a conscientious approach. Are they transparent about their sorting process? Can they explain how clothes move through their system?

Consider other solutions
Donating isn’t the only way to increase the life span of your clothes.

For basic items such as plain T-shirts, Joyner Martinez recommends changing how you wear those clothes. For example, if a white T-shirt is starting to look dingy, you can wear it as a pyjama shirt or something you put on to do yard work, she says. Once it isn’t wearable anymore, you could use it as a rag.

Hand-me-downs and clothing swaps, where you can trade clothes with friends, family or neighbours, help ensure that your unwanted clothing will get worn.

If you have high-quality garments, you can also consider consignment or resale. “It’s a great way to give clothes a second life and earn a little extra money,” Caspelich says.

Keep in mind, though, that not all clothing might be suitable for resale.

“Resale is not a good avenue for that thing that you’ve had for 15 years,” Joyner Martinez says. “It’s a great thing for something that you bought by mistake or you bought to wear once.”

This article is republished from The Washington Post under a Creative Commons licence. Read the original article.