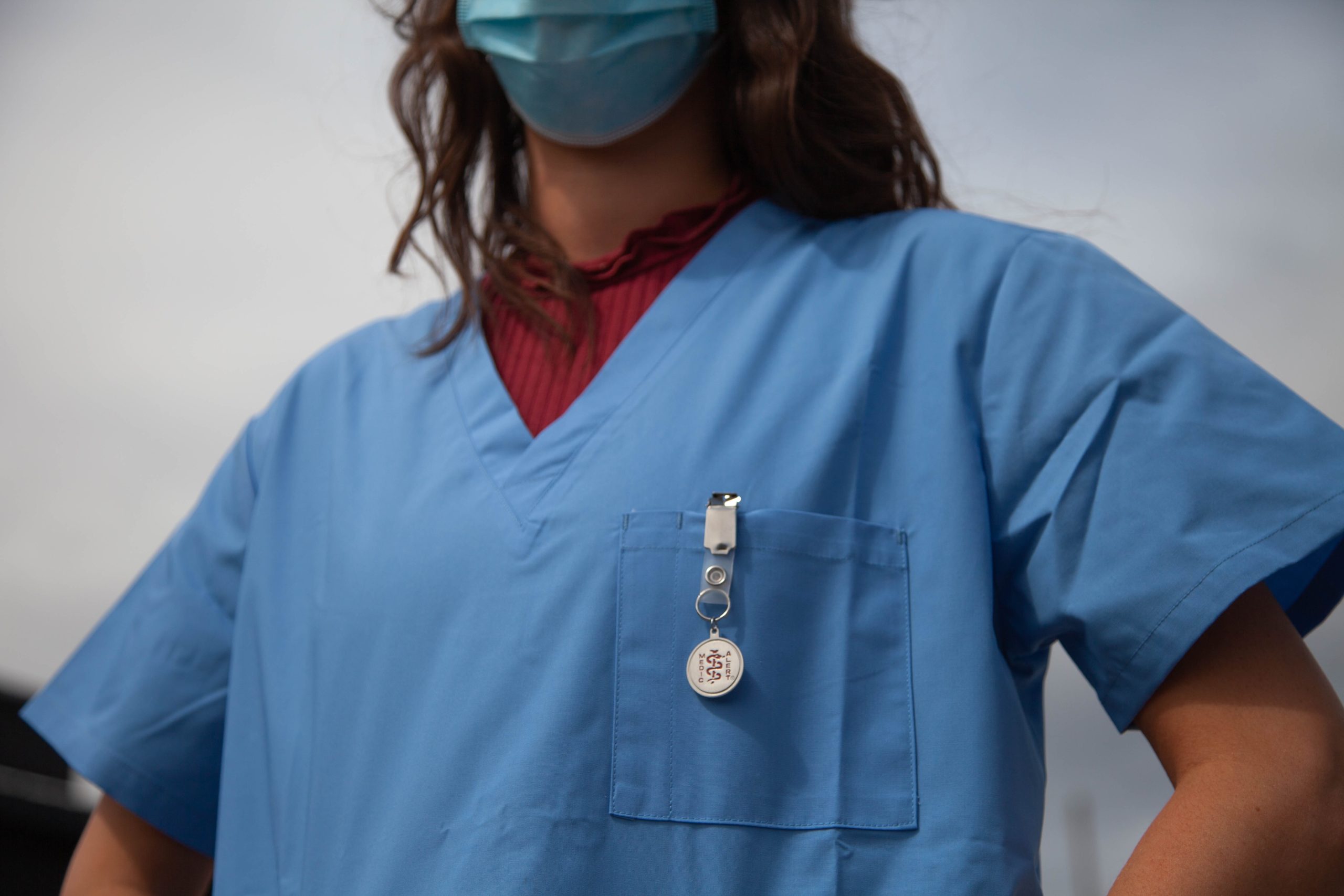 Nurses have given the green light to plans for a national NHS uniform for England, with improved professional identity and patient safety cited as reasons for making for the move.

NHS Supply Chain has today released the final results of its consultation with NHS staff on the proposals and confirmed that it had now started work on designing a national healthcare uniform.

Of nursing staff surveyed, 88% said they were in favour of a standardised uniform style for clinical NHS staff, distinguished by profession through colour.

The level of support from nursing – which made up over half of the 50,710 respondents – was higher than any other profession, although all groups were strongly in favour.

Meanwhile, 83% of all respondents and 86% of nursing staff voted in favour of the national uniform being mandatory for all NHS trusts in England to adopt, rather than being optional.

The style of garment that won the most support was a smart scrub, with 49% of all respondents and 51% nursing respondents choosing this option.

A dress being available as an additional option was also supported by 72% of all those surveyed and 76% of nursing staff.

The vast majority of respondents (87%) agreed that patients and visitors could be confused by the different uniforms currently in use across the NHS in England.

Around three in five (61%) said they thought patient safety would be improved by the adoption of a national approach on uniform.

Meanwhile, almost all (91%) of respondents said uniforms helped identify the role of the health professional.

“The current situation of multiple uniforms often causes confusion, and the adoption of a single national approach would be of benefit to patients and visitors,” it added.

In light of the findings, NHS Supply Chain will now take forward plans for creating a national healthcare uniform, with further consultation promised with NHS staff on the final design.

The move will bring NHS staff in England in line with their colleagues in other UK countries. NHS Scotland and NHS Wales introduced a nationally standardised uniform in 2010 and NHS Northern Ireland followed in 2011.

In its report, NHS Supply Chain stressed that staff who did not wear a uniform at present, such as those working in some mental health services, would not be expected to do so in the future under the plans.

“Most healthcare professionals working in the NHS wear a uniform – where this is the case, the intention is to offer a uniform that is well designed, high quality and inclusive for all,” it added.

“We are also aware that there are many clinical settings where it is not deemed appropriate to wear a uniform, because of the effect this may have on a patient. It is not the intention of this proposal to change that.”

Responding to the consultation results, Ruth May, chief nursing officer for England, said: “Patients have told us that contact with several NHS professionals can sometimes feel confusing.

“So I’m pleased that there is support for a standardised uniform for NHS staff working in clinical roles in England, which will help patients and the public easily identify which nursing, midwifery or care professional is providing their care.

“I look forward to the next stage which will see continued engagement across the NHS,” she said.

Kevin Chidlow, from NHS Supply Chain, said: “Our aim is to develop a uniform NHS health and care professionals deserve and are proud to wear, and we’ve developed a plan to progress this.

“We’ve used the findings from the consultation to develop the design brief which we are taking to market.

“The design will evolve during the tender process and will include comprehensive wearer trials and feedback before a final design is agreed.

“We will continue to engage across the NHS to finalise the design.”