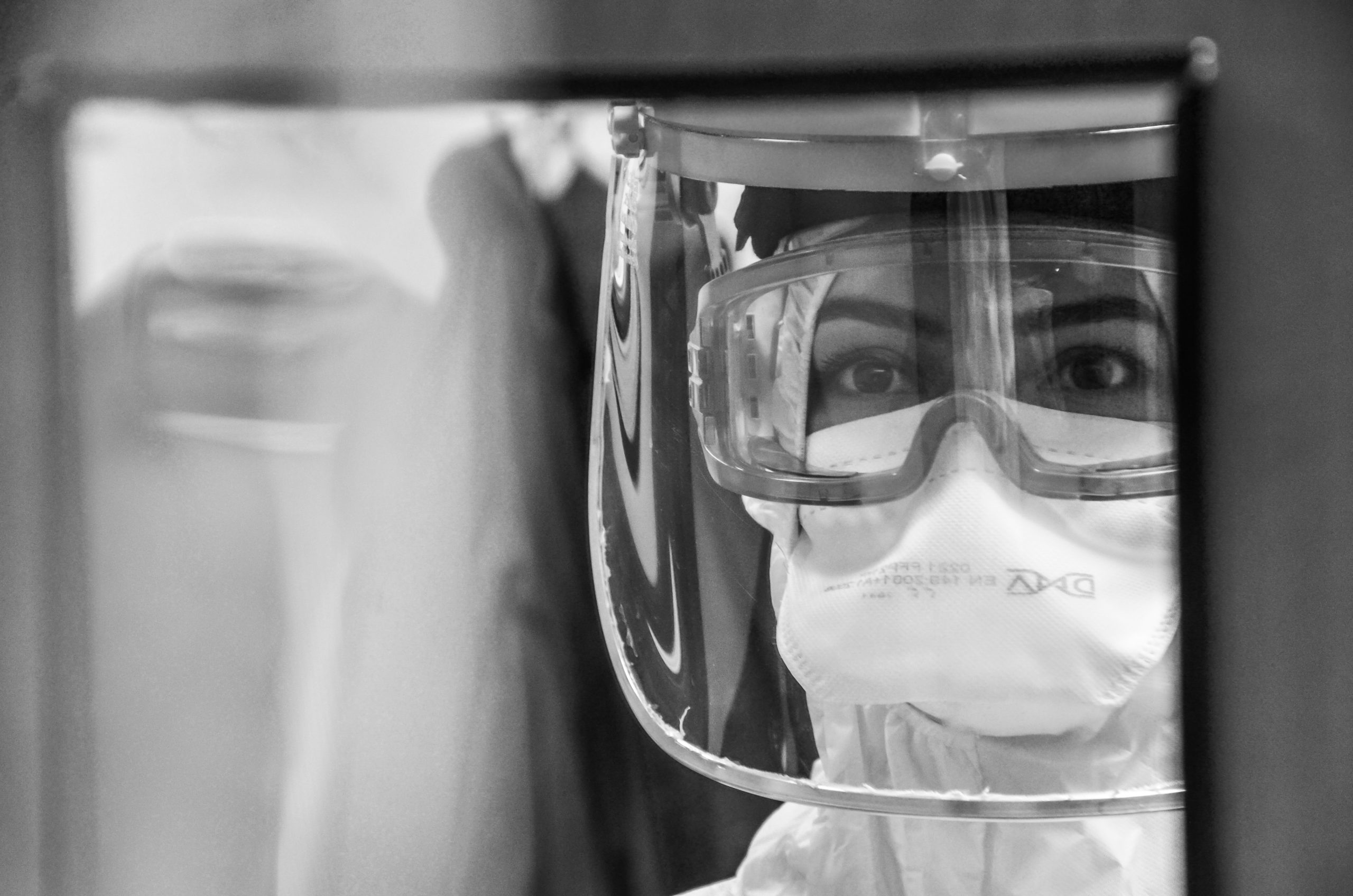 Whistleblowers at Honeywell have come forward to make a series of shocking allegations at the Lanarkshire PPE factory run by a firm given a £58m UK Government deal.

Whistleblowers at Honeywell have come forward to make a series of shocking allegations at the Lanarkshire PPE factory, unveiled by former health secretary Matt Hancock, after getting the deal to manufacture 70 million face masks during the Covid-19 pandemic.

Five female whistleblowers, all experienced production staff aged between 51 and 64, said workers were forced to meet “impossible” targets of making 600 medical-grade PPE masks per hour, timed by managers as they did their job and when they went to the toilet, intimidated as they stood over them and ordered not to leave their seats.

Staff who struggled to meet targets, even those who were older or had disabilities, were reprimanded, with some even losing their jobs.

They were also forced to work in sweatshop conditions after the Motherwell factory’s air con system failed and, when they bought their own fans in, were told not to use them.

One said: “We worked through lockdown doing this important job to help keep people safe, yet we were shown no respect and treated like second-class citizens.

“I’m a hard worker and never had a day off in my life but I couldn’t even go to the toilet without folk watching me. You could only go if nobody else had gone so you often had to wait a long time and they’d time you.

“It was so degrading and, as a result of not being able to go to the toilet freely at work, I ended up getting a bad kidney infection. We were stressed out worried about potentially losing our jobs and you’d see staff crying all the time or walking out.

“We were not allowed to move off our seats, not even to stretch. When I questioned this, I was told if I wanted to exercise, I could get up and dance.

“When I asked why I was being timed, I was told it was to make sure I was doing my job right. I’ve worked in factories before and never experienced this – it was so disrespectful.”

The woman, who ended up walking out one day, said she and the rest of her team were originally set a target of making 450 masks an hour but that increased to 600 after the firm installed new machinery.

She added: “While they were getting the new machinery in, they paid us off for a month and, when we came back, we were told we were expected to hit this much higher target, yet never received proper training for the new machinery.

“Some workers were in their 60s and some had conditions like arthritis, mental health problems and other disabilities but there was never any regard for that or compassion given by managers.

“I was also concerned because these masks we were making were going to be used by people on the frontline – doctors and nurses and care home staff – so the emphasis should have been on quality rather than quantity.

“It was also boiling hot the whole time. There was an air con system but it was beyond useless so we all bought fans as the sweat would be pouring off us as we desperately tried to hit targets.

“Then one day the managers said we weren’t allowed to use the fans so we were basically working in pools of sweat. My pants were soaking, we couldn’t see out of our glasses, my hair was soaking.

“We approached the manager to express our concerns and she agreed it was wrong but said her hands were tied because the decisions were made higher up.”

A second whistleblower was paid off without warning because she struggled to meet her targets.

A third worker said she was told she wasn’t allowed to move off her seat and, when she struggled to meet her targets, she was let go.

A fourth worker told how she worked constantly during lockdown and at one point did nine 12-hour shifts in a row.

She said the job ended up “getting the better of her” because of the bad conditions and being unable to meet the “impossible” targets so she ended up walking out.

The fifth whistleblower said she had never had a day off work sick or been late and claimed she was sacked after complaining about a senior member of staff.

Some of the staff complained to Honeywell and Manpower, the recruitment firm who had employed them.

They then raised the issues with Central Scotland MSP Richard Leonard, who failed to get a response from Honeywell.

He said: “The conditions described to me were awful. They belonged to the century before last.

“Workers being told to stay on their seats or ‘get up and dance’ if they needed to exercise.

“As part of a culture of harassment, they were regularly timed by managers and supervisors on mobiles and set PPE production targets that were almost impossible to meet.

“The harsh daily reality they faced was to feed a family and keep a roof over their head they had to put up with indirect and direct harassment.

“What makes this even worse is these workers were making masks to protect people from Covid – key workers, labouring to keep us safe.

“I’ve called on their employers to make changes and make them now – no one should experience this treatment at work.”

Debbie Hutchings, of Unite union, said: “Unite is deeply alarmed at allegations being brought forward by agency workers at Honeywell.

“It’s unacceptable and even more shocking because this appears to be happening while producing PPE products to save lives.

“We have no collective bargaining or recognition for some areas on site, including the one where the workers have been supplied through agency Manpower.

“Nonetheless, we have raised these allegations with Honeywell management as a matter of urgency and told them that this situation must be immediately addressed.

“We can’t have workers being treated in such unequal and unfair ways on site.”

The Scottish Government said: “The concerns raised about this UK Government contract are deeply troubling and should be investigated thoroughly.”

Honeywell said: “In partnership with the UK Government, Honeywell is committed to providing PPE for frontline healthcare workers.

“We abide by all laws and regulations in the countries in which we operate and expect our contractors to do the same.

“The complaints made by personnel contracted by Manpower are inaccurate and tarnish the hard work employees are putting in to combat the pandemic.”

The UK Government failed to respond to a request for comment.